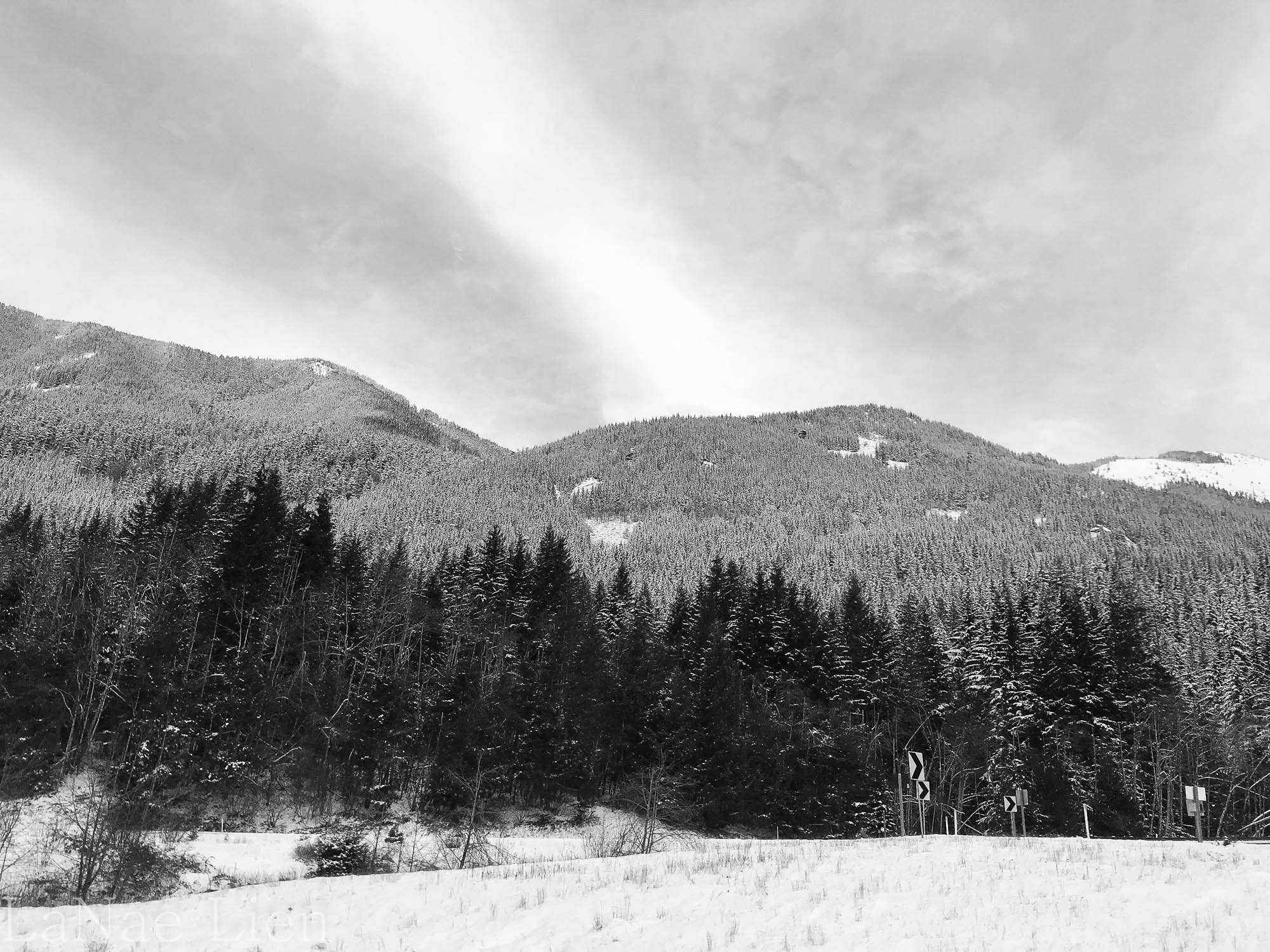 We went to Idaho for Christmas.  To visit the husband’s family.  It was good.  Good food, good company.  It was also cold.  Really cold.  8 degrees in the morning, warming to a balmy 22, average of 16.  That is too darn cold for this coastal kid.  Give me rain and 48 any day.

Cold weather is particularly tough for someone who has a proclivity for outdoor photography.  When we arrived in town on Saturday we went immediately to a nephew’s soccer game, then headed into Coeur d’Alene for a little last-minute Christmas shopping and dinner.  I also wanted to take photos of downtown Cd’A at night.  Cd’A has a great downtown.  Lots of tasty restaurants, nice bars.  It’s clean.  And at Christmas time its streets and storefronts are lit up to absolute perfection.  It’s irresistible. 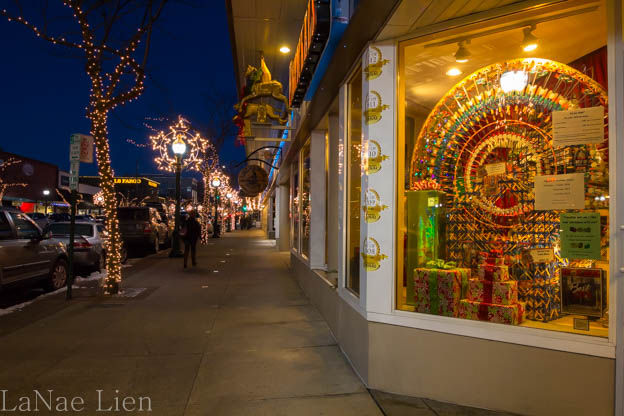 We stepped out of the car and I quietly gasped.  It was cold.  I’ve mentioned that, right?  It will likely come up again. 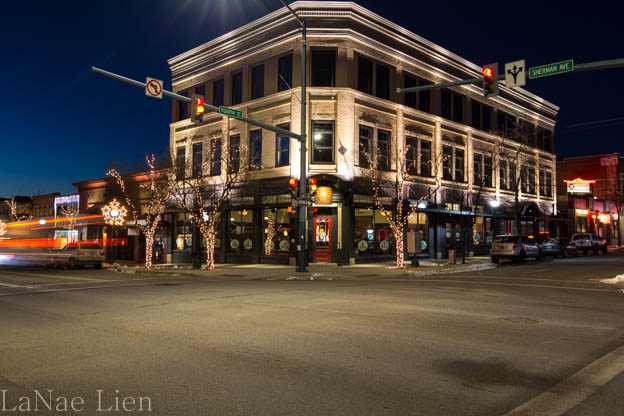 After walking through the resort we headed up town.  I extended the tripod, attached my camera and went to work.  It was gorgeous.  I snapped, adjusted, snapped, moved…and within 15-20 minutes (if that long) could not feel the finger that was pushing the shutter.  I announced I was done and the husband grinned.  As we walked to the car he agreed it was frigid and expressed surprise that I lasted as long as I had.  Inside the car, heat blasting, seat warmer on high, I wondered aloud why it hurts so darn bad when feeling returns to fingers.  We headed to a favorite restaurant where we enjoyed dinner and hot toddies. 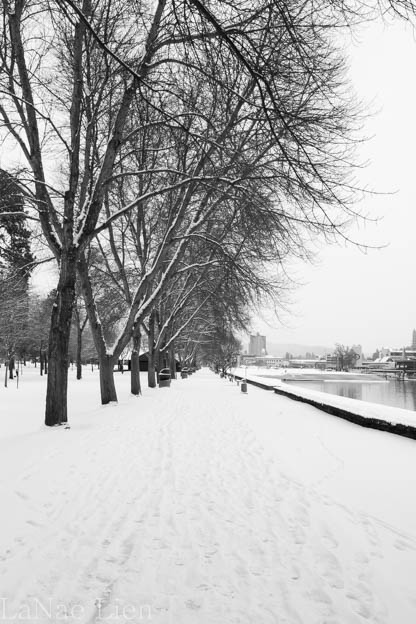 Christmas Eve day did not avail itself to photographic opportunities.  It was a busy day filled with family and church.  I snapped a few photos of snowy hills with my iphone, but that was it.

On Christmas morning the husband and I decided to go for a photographic drive.  You know…when the weather is not optimal so you drive around and, when you see something to photograph you hop out of the car, snap-snap-snap and jump back in the car.  We’ve all done it. 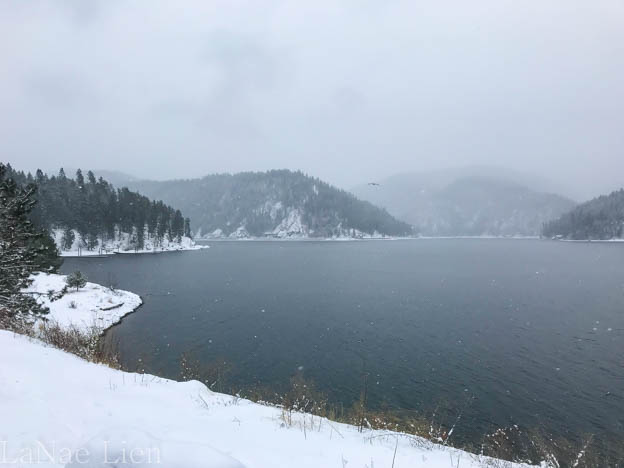 Our destination?  Higgins Point to see the bald eagles.

Every year, hundreds of bald eagles return to Lake Coeur d’Alene during their annual migration.  They visit the lake to feed on spawning kokanee salmon and congregate at the northeast corner of the lake.  We’re not talking just a few eagles, either.  The Bureau of Land Management does weekly counts during the couple of months that the eagles are around.  The week of December 20th they counted 383.  You never know how many you may see the day you go out.  Some days they’re elusive, others thick.  Christmas morning?  Thick. 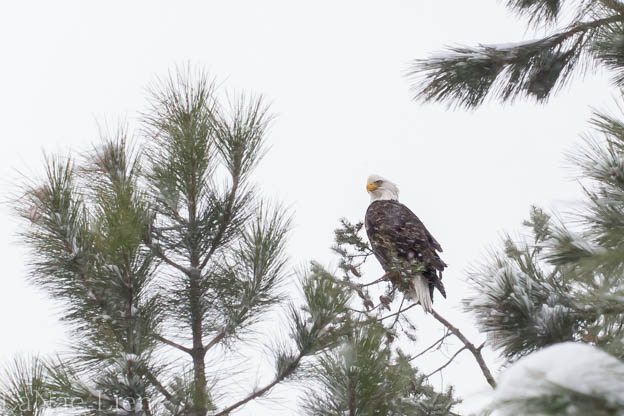 As we approached the point I said, “Eagle in that tree…two more in that tree over there…”  The husband stopped the car and I hopped out.  Here’s where I wish I had a lens appropriate for wildlife photography.  But, I don’t.  The longest reach I had with me was a 100mm macro.  It is what it is. 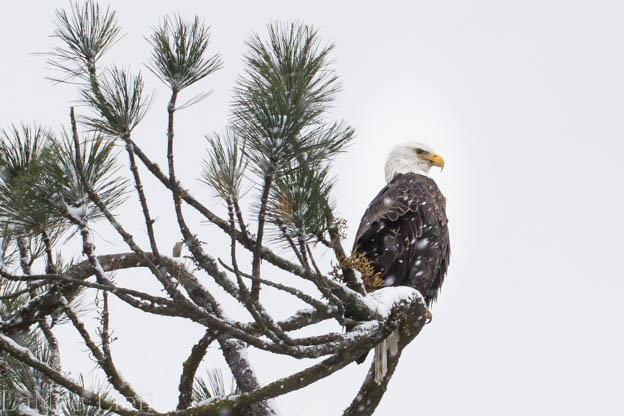 We proceeded to the end of the road.  We saw eagles in trees.  We saw eagles soaring over the lake.  We looked at each other and agreed we had to get out and walk a bit, even in the frigid cold.  Anticipating this possibility, I had cracked open a couple of hand warmers before we left the house and shoved them in my coat pockets.  There wasn’t much I could do about the fact that I was wearing boot cut jeans, but I felt otherwise prepared for a walk in the snow.  Both on the ground and falling from the sky. 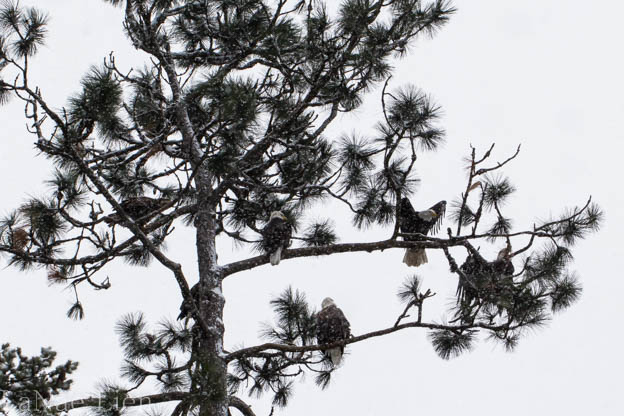 We followed the snow covered trail off the point to the shores of the beach.  The snow fell softly.  The water was still.  The only sounds were the lake softly lapping at the shore and the eagles calling to each other.  It was exquisite.

Eventually we agreed that we were quite frozen and headed back to the car.  We drove back to town, stopping at one of the few open gas stations for sludgy hot cocoa out of a machine (it was surprisingly good). 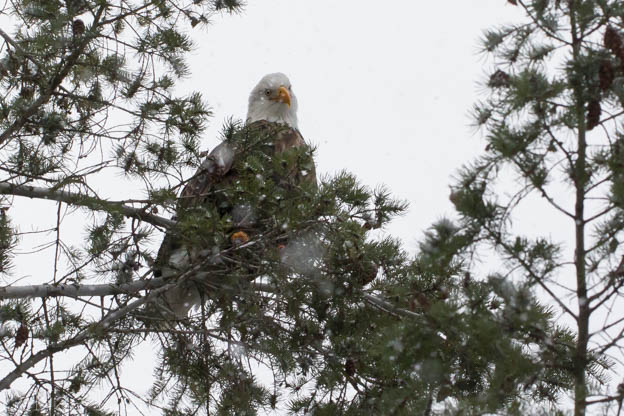 Shortly after the gas station stop I, with the encouragement of the husband, took the wheel.  I mentioned there was snow on the ground, right?  And that I’m a coastal kid?  I don’t like to drive in the snow…bet it a foot or an inch.  It scares me.  Images of spinning in uncontrolled circles dance through my head.  Dramatic?  So be it.

But, part of the reason we bought the RAV 4 was so that I can get out of our driveway should it snow.  The Corolla wasn’t real good at that.  The husband said that it was a perfect opportunity for me to get a feel for the shiny new car in the snow. 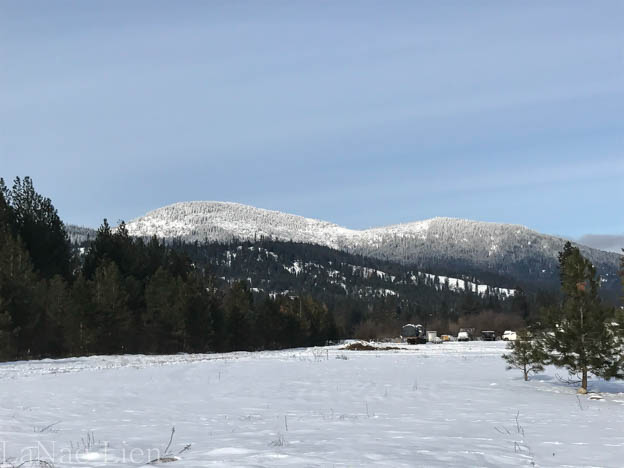 We drove slowly through town, stopping occasionally to take photos (I was behind the wheel, after all), and before making our way back to his parents’ house.  It was time to stuff the potatoes, set out the cheese ball, crack open a bottle of sparkly and let the merry begin.  Hope yours was merry, too. 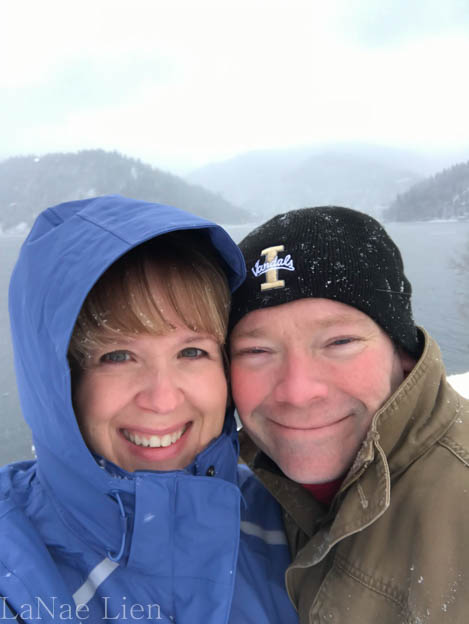