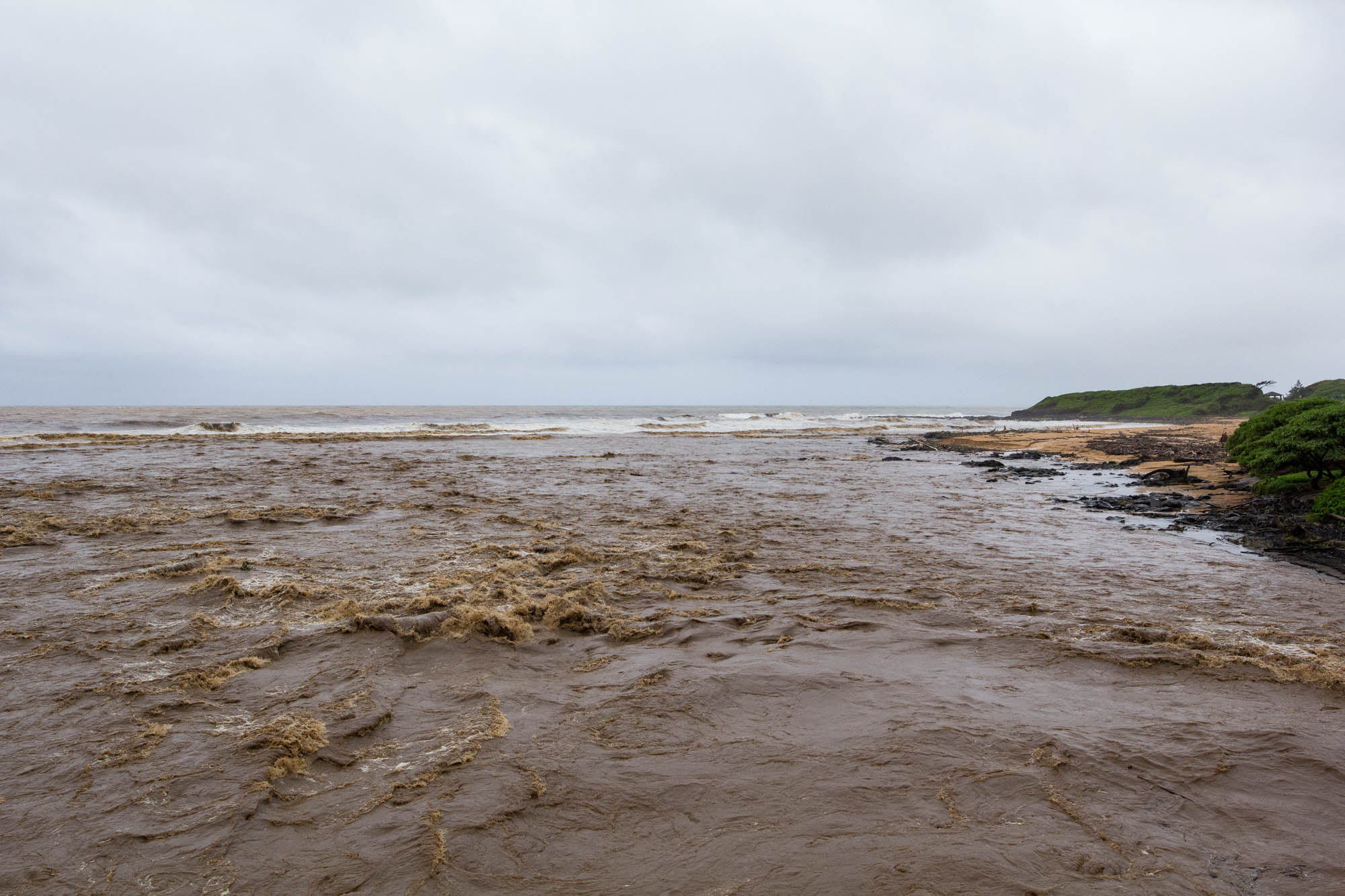 We were on the North shore of Kauai week before last.  We got into town Saturday, April 14th.  The reason?  Well, we don’t need much of a reason to vacation, but this one was special:  we were celebrating our 10th wedding anniversary.  And, since we had honeymooned on Kauai it seemed fitting to return.

It’s been years since we’ve been to the island.  Nine, in fact.  We went for our honeymoon, and the year after, and since then have been distracted by other destinations (Big Island, Costa Rica, St. John, St. Thomas, a cruise…lots of places to see).  We were excited to return.  Warm weather.  Sunny beaches.  Beautiful hiking trails.

Kauai has experienced one of its wettest winters in history.  Considering that it’s naturally wet…that’s really wet.  So, I wasn’t concerned when I saw the weather report (70% rain….80% rain).  For two reasons:  a) the rain is warm, and b) the rain usually doesn’t hang around.  We live in Western Washington…we have rain gear and are not afraid to slog around in it, particularly if it’s 78 degrees and we can wear shorts with our rain coats.

As previously noted, we arrived Saturday afternoon.  We stopped for a beer and a bite at Kauai Beer Company, then headed north.  It was raining.  No big deal.  It looked like it had been raining all day.  We arrived at the Princeville shopping center early evening and proceeded to buy a few necessary supplies (yogurt, rum, papaya).  Suddenly, everyone’s phones blared with what sounded like an amber alert.  We pulled out our phones.  Flash flood warning.  We looked at each other.  Shrugged.  What are you going to do?  Besides not drive to the lowlands.  Luckily for us, we were staying in a bungalow in Princeville.  High ground (well, that was that big sink hole that opened up, but it wasn’t near us).

This is what it did all night:

The lightening and thunder would occasionally back off a bit, though I don’t think it ever completely stopped.  We would fall asleep, then wake back up when it shook the house.  The husband and I agreed that we’ve never experienced a storm of that ferocity or length before.  I think the only reason I didn’t freak out was that there was no wind.  It was just pounding rain, lightening and thunder. 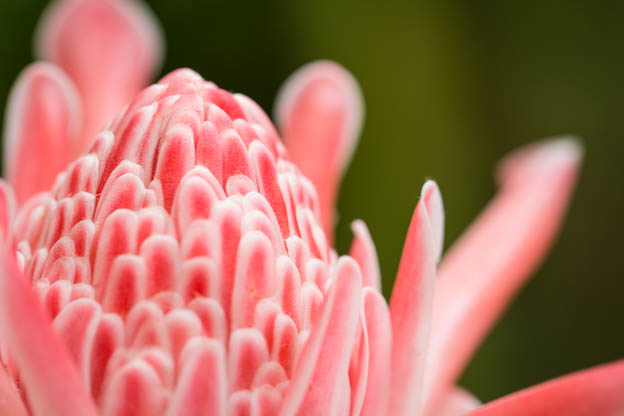 We awoke Sunday morning to…rain.  We had received two additional flash flood warnings during the night.  I started poking around online and discovered that things were bad out there.  By Sunday afternoon the Hanalei River was running at 17 feet.  7 feet is flood stage.  From Saturday morning to Sunday morning, 24 short hours, it rained over 27 inches.  You read correctly.  Over two feet of rain.  Though, now, I’m hearing reports that it was more like 45 inches of rain.  Is that possible?  Possibly.

All we knew was that Hanalei town was flooded.  The road beyond Hanalei, which leads to a couple of small communities as well as to some of the most gorgeous beaches and hiking spots on the island, was closed due to flooding (raging streams had actually completely wiped out the road in sections and multiple massive landslides.  People living and staying beyond Hanalei were effectively cut off from the rest of the world.  If they were lucky they were only cut off.  Many were facing damaged or destroyed homes.

Obviously, we weren’t going north.  We decided to try south.  It’s always sunny in Poipu…right?  We loaded up and headed down the road, windshield wipers slapping as rain showers continued to pass over at regular intervals.  As the road curved past Anahola I gasped.  Stilted houses along the Anahola river were surrounding by raging water and debris.  We were dumbfounded.  And heartsick.  The reality of the situation was setting in.  Poor Hanalei.  Poor Wainiha, Haena and Anahola.

This video is NOT of the Anahola river.  It was a (normally) small river further south:

We found the drive south more challenging than anticipated.  In hindsight, if I had understood just what was going on out there I would have suggested we just stay in (and drink rum).  But, it was the first day of vacation.  We were fresh and eager!  A couple of roads were a bit more flooded than we were comfortable with…causing us to slowly follow traffic into other lanes to avoid deep areas.

We made our way to Opaekeaa falls.  Normally a lacey, beautiful waterfall, that day she raged huge and muddy.  On the other side of the road we gaped at the Wailua river…swollen and brown.

Dropping back to the valley, we headed to Poipu, stopping for lunch at Keoki’s Paradise, a fun, touristy restaurant with a kitschy Hawaiian feel, good drinks and so-so food. 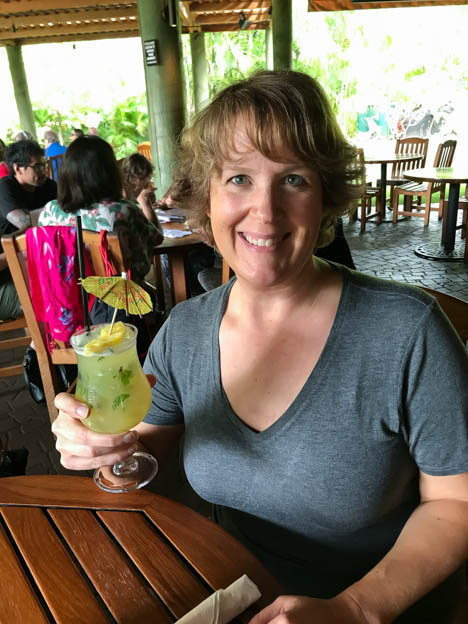 We watched the sun tentatively poke her head out and took advantage of the moment by heading out to the National Tropical Botanical Garden.  We decided we weren’t up for the two hour tour (though it is a great one), and satisfied my tropical flower urge by strolling around the gardens near the visitor center.  I was so absorbed in the beauty (and photography) that I failed to notice that I was getting eaten alive by mosquitos.  Little bastards.  I itched for the rest of the trip.  And looked like I had a disease. 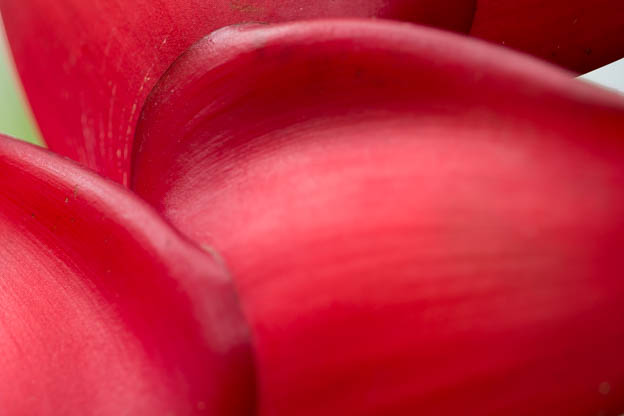 After a quick walk across the street to Spouting Horn we decided to head back north…it was approaching happy hour and the Koloa Rum Punch was calling our names.

Note:  Much has changed in the two weeks since the flood.  While there is still much residential clean-up needed, businesses are open and very much welcome your business.  If you have an upcoming trip to Kauai planned, please seriously consider still going.  They’re waiting for you (and need your generous tourist dollars). 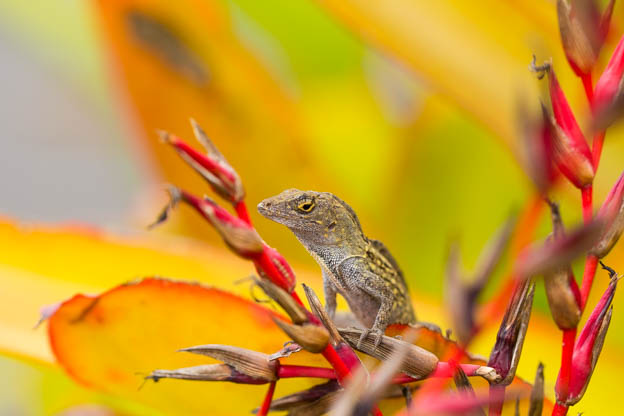 One thought on “The Storm of the Century”