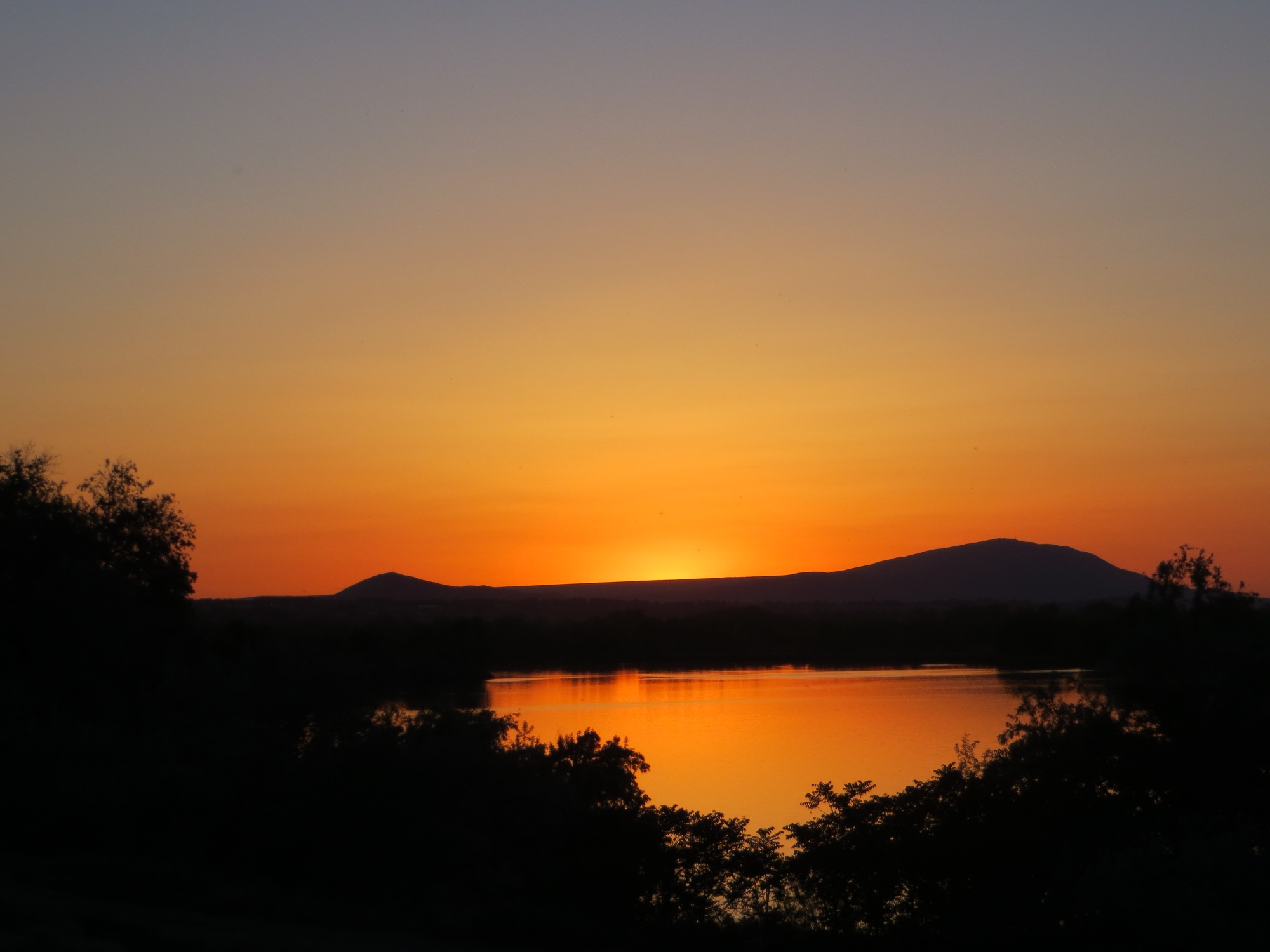 Still in Kennewick.  The work conference wrapped at 4:45 today, leaving me with the rest of the evening to myself.  I had scoped out local wineries (when in Kennewick….) and decided on Barnard Griffin  because of it’s proximity to my hotel and because it offers an on-site bistro.  So, like a kid released for summer break I busted out of the over-air-conditioned convention center into the warm (78 degrees) afternoon and headed for the winery.

I was taking a risk.  At least, a risk for me.  I headed for the winery solo.  No dinner partner.  Me, myself and I.  It turned out that I was joined by Zinfandel, Malbec and Cabernet Sauvignon (three of my favorite companions), but I was the only human at the table. 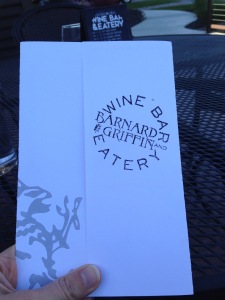 When I was single I would go to movies alone (hiding in the dark was apparently acceptable), but I would never go to a restaurant by myself.  I felt too conspicuous.  Too….single.  To be honest, I’ve not been to a restaurant by myself since…well, I don’t know when.  But, this evening…the weather was beautiful, I’m in an area known for it’s wine…so, really, was I going to just go back to my hotel? 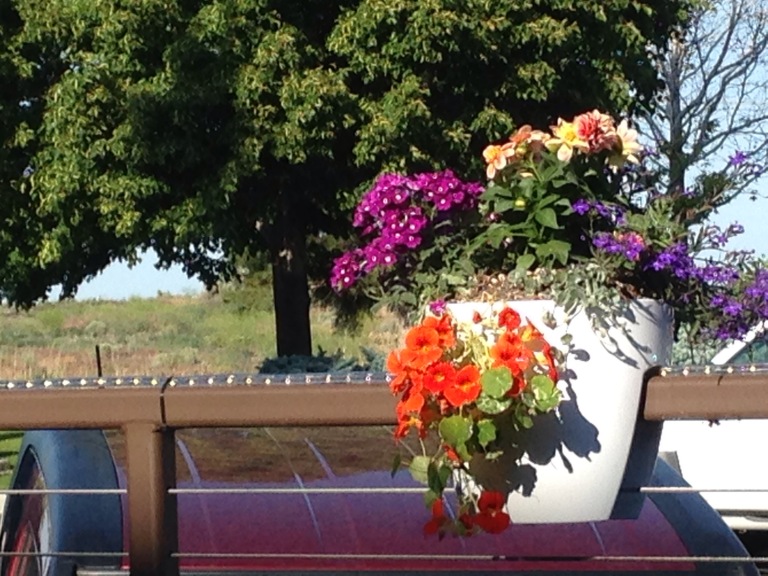 I arrived at the bistro shortly after 5 and headed for the patio.  There were two very large tables full of people.  I told the waitress that it was just me and took a seat.  Reviewed the menu and ordered a wine flight (my previously mentioned friends).  It arrived.  I sat back, took a deep breath….and life was good.

Now, I must make a confession.  I did pick up my iphone.  And sent texts to a number of people (including one to the husband telling him I wished he was with me).  So, maybe that’s part of the difference.  Back in the days of single I didn’t have such an electronic device to provide me with connections when even alone. Perhaps I’m not as cool as I thought.  Dining alone.  But not quite alone.

I ordered a gorgonzola mushroom flatbread.  That was pretty amazing.  And I didn’t have to share.  I liked that.  And I admired my table for one.

And then, the table of three to my right was joined by a fourth.  They asked if they could take one of my four chairs.  “Sure,” I said, “help yourselves.”  A few minutes later the large table to my left (12+ people) was joined by 4 additional people.  The waitress started looking around for more chairs.  I graciously offered my remaining two.  And things began to look like this:

Where oh where have my metal chairs gone?  I was a table of one.  I could have scarfed down the rest of my flatbread and wine and darted off the patio. What did I do instead?  This:

That’s right!  The solo girl sat back and ordered a glass of rose.  And lingered. And purchased a bottle of Zinfandel and a bottle of rose to take home with me.  This was the view as I left the winery:

What have I learned from this experience?  Well, I prefer to dine with a companion, but I am perfectly capable (and quite comfortable) dining alone. There is a part of me that wonders if part of that confidence comes from the fact that I have a wedding ring on my finger.  When I was single I think, at times, I felt acutely single, which would have been exacerbated by dining alone.  These days…I’m taken.  Off the market.  Hitched.  Dine alone today, but I’ll be with my husband tomorrow.

I came back to the room and settled in for the night…or so I thought.  Last night I noticed the sunset.  Not visible from my room, but obviously beautiful over the river.  This evening, around 7:45, I looked up when sunset was to occur.  8:13.  I’m 5 minutes from the river.  I scurried down to the banks of the Columbia and what follows was my (and your) reward.   Enjoy! 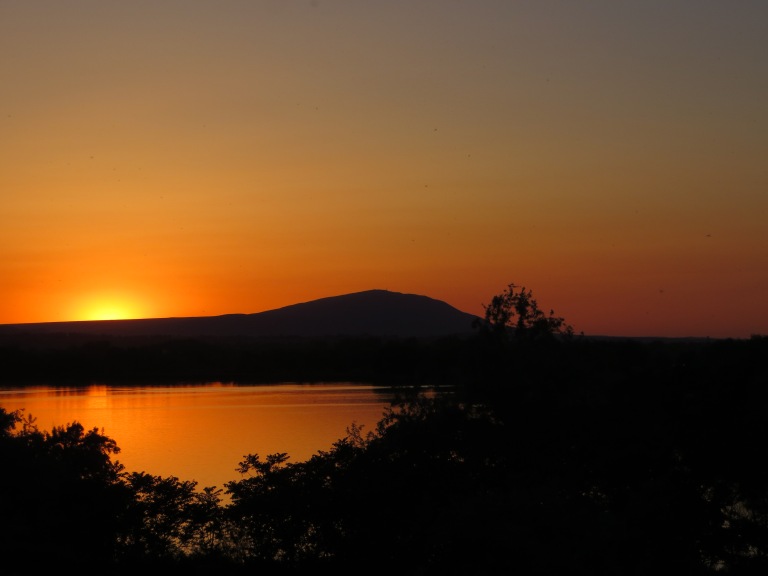 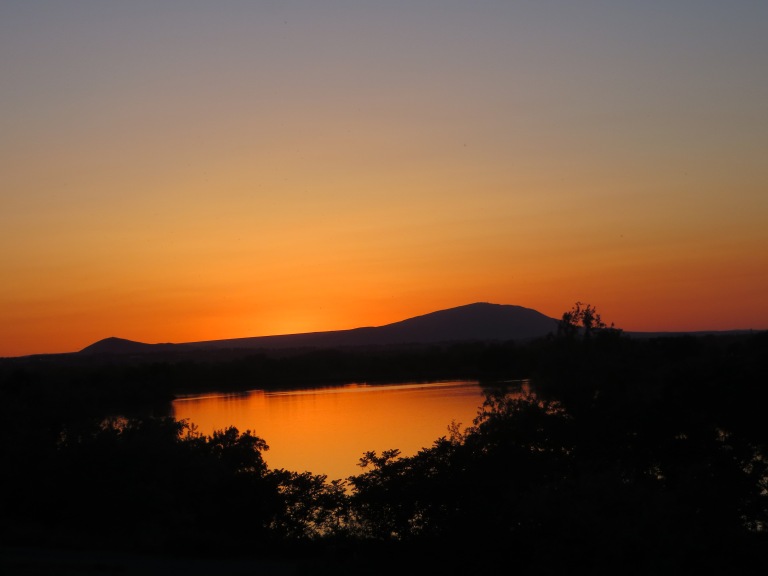