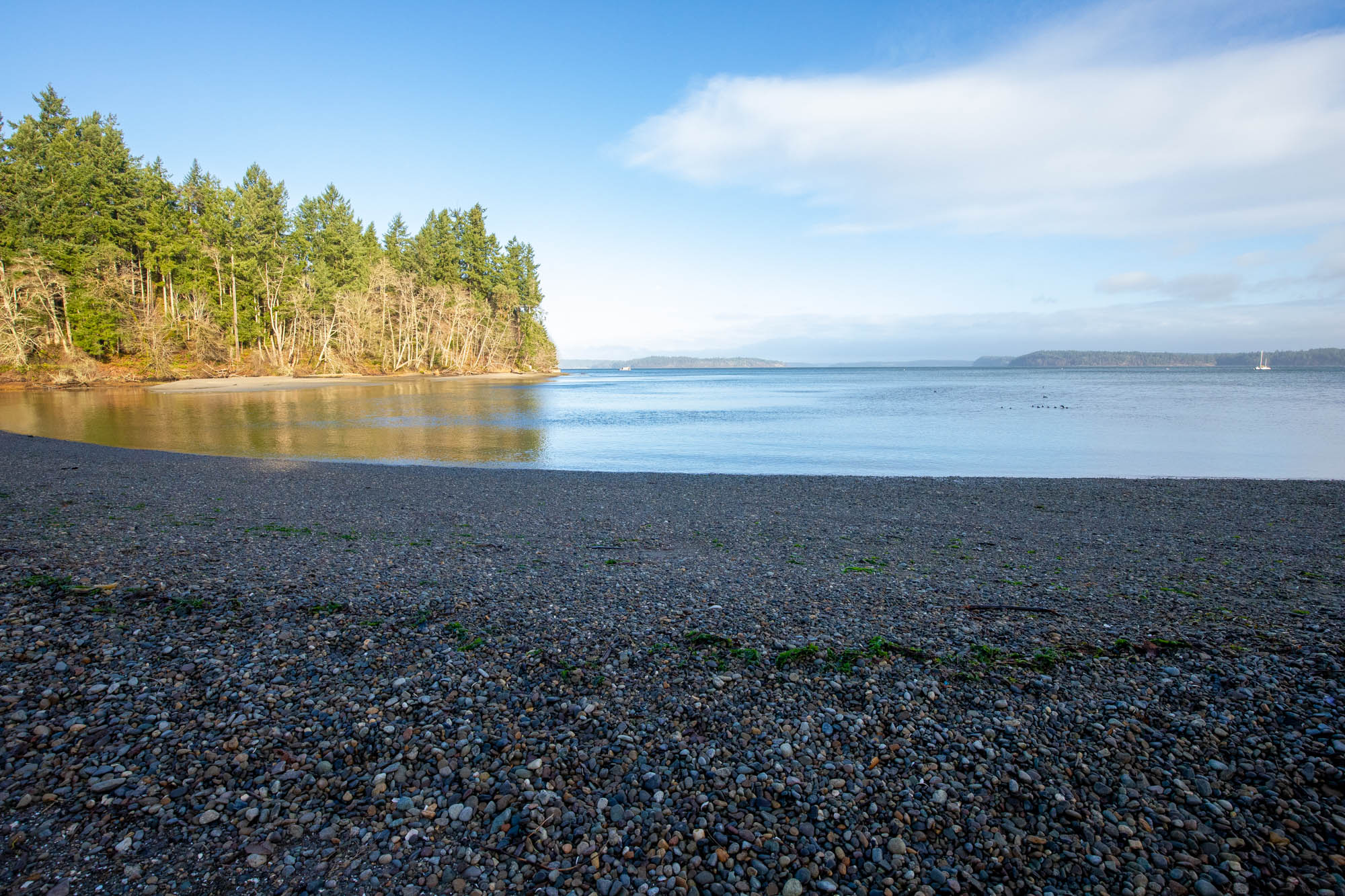 Well, not a day.  I spent an hour and a half out at Tolmie State Park yesterday.  The weather here the last couple of weeks has been less than delightful.  Rain.  Rain.  Rain with wind.  Sideways rain.  You get the idea.  Current forecast?  Rain this afternoon.  Snow showers tomorrow.  Guess I shouldn’t have complained about that rain.

Yesterday the forecast called for a brief (brief) break in the weather and the symbol on the weather app showed a slice of sunshine peaking out from behind the clouds.  I ran through my options…Woodard Bay, Nisqually or Tolmie.  I just went to Nisqually a couple of weekends ago (the last time the sun came out).  The week before that was Woodard Bay.  Tolmie rose to the top.  Now, the thing about both Woodard and Tolmie this time of year is that the trails are mud holes.  No reason to mince words.  They’re a mess.  Wear your boots.  But, sunlight excuses muddy trails every single time.

So, yeah, we’re supposed to get some snow.  It’s not supposed to be like Snowmageddon 2019, when we got something ridiculous like 14 inches.  Though I’ve heard north of Seattle may get walloped.  I’m pretty confident that we won’t get much here because this year we’re fully prepared.

We bought a generator.  And had a panel put in so we can run the house.  We’re serious now.  It’s not that the power goes out all the time here at the Homestead, but when a storm kicks up and trees start falling on power lines we are no high in the restoration list.  The husband was out playing with the generator today.  It’s pretty slick.  We won’t be able to run everything, but we can reasonably run the well, septic, fridge, freezer and select lights and appliances.  If we want to turn the heater on we’ll need to shut off some lights.  I am way too excited about the generator.  I’ll be able to cook dinner on the stove.  And heat water to wash my hair.  And run my blow drier. 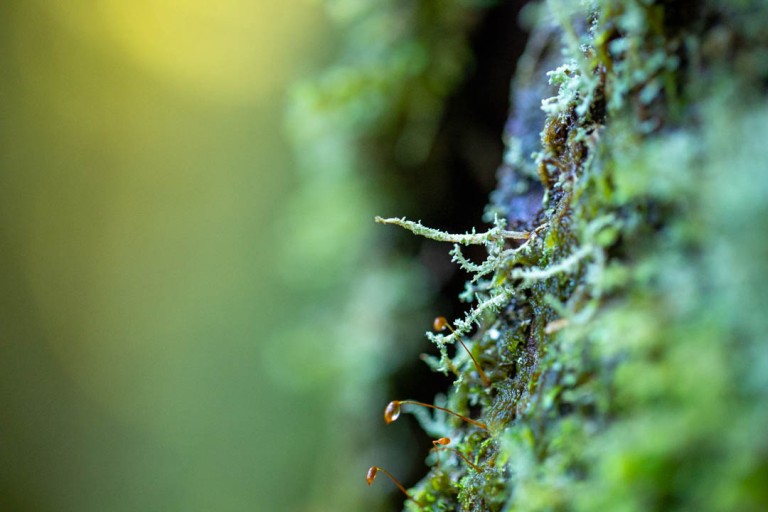 So, yeah, kind of hoping the power goes off this week.  Not gonna lie.

Back to Tolmie.  Actually, though the weather was decent I probably shouldn’t have even been on a trail because it was a blustery day.  I saw a few trees down that looked relatively fresh.  It was breezy.  And chilly.  But, sometimes a chick just needs to breath.  And photograph things large and small.  And hop mud puddles (with limited success…some of those puddles were huge). 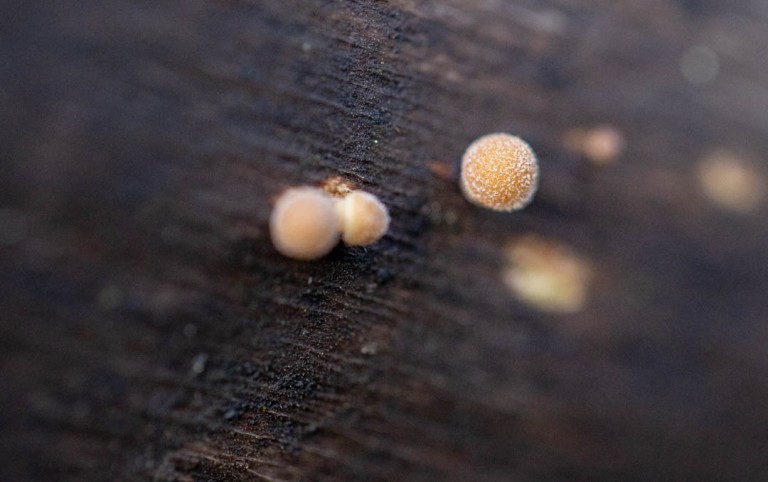 I didn’t have to share the trail with many others (imagine that).  Partway through my phone chimed with a message from the husband, “Power’s out.”  My heart beat a little faster (unfortunately, it was back on within an hour of arriving home).  Mid-way through my hike I switched from landscape to macro.  I have had my eyes peeled for Amanita muscaria for months and continue to be foiled.  Are you impressed by my mushroom knowledge?  I just googled that.  It’s a red mushroom with white spots.  The things of fairy tales.  I know they grow around here because they’re in my mushroom book and I’ve seen others post photos of them.  But, I have yet to find one.  I will eventually prevail. 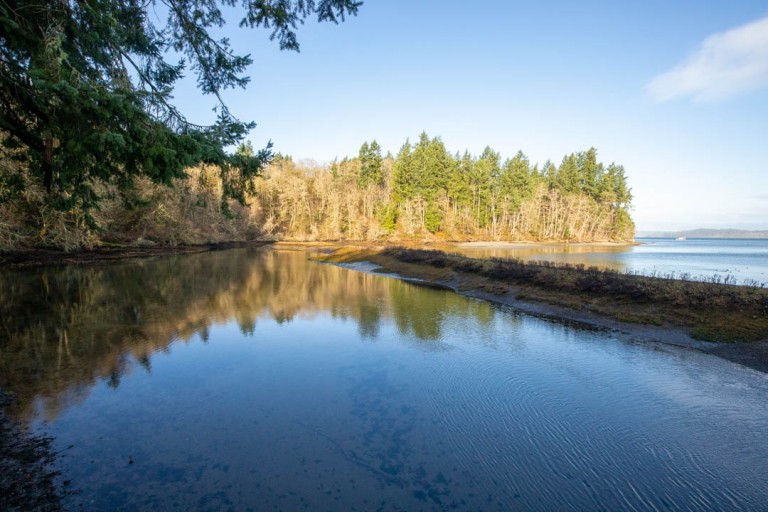 As the clouds rolled in and the wind picked up I wrapped things up on the trail and made my way home.  I had a few chores to finish before heading into town with the husband to check out the new Star Wars movie (it was okay.  The last one was better.  As was Frozen II, which was saw last week and which I cried during more than once).

Next weekend is the beach for the husband’s birthday, so watch for those stories and photos!