Today’s blog title is brought to you by the husband.  I promised I would make sure I gave him credit since I failed to do so on the photo of me floating on an innertube on the Cd’A river a few weeks ago (he took that photo.  Credit has now been given).

He uttered the above phrase while we were hiking yesterday.  And he was right.  The forest does look thirsty and tired.  Even the moss looks dried out.  After 70+ days with no rain we sure could use some. There’s a skiff in today’s forecast and I’m ridiculously excited about it.

Last weekend was another scorcher (thank goodness for the heat pump), so we knew that if we wanted to hike we needed to get out early.  I had originally found a 10 miler up the Carbonado side of Mt. Rainier.  Five miles into an alpine lake, five miles back out.  However, the husband threw out his back the weekend before, so we decided that a ten mile hike with a full pack might not be the best of ideas.  He was doing much better, but let’s not push things.

So, we settled on the Staircase rapids in the Olympic National Park above Lake Cushman.  The loop around the rapids (up, cross a bridge, come back down) is only four miles.  We figured if he was up to it we could head on up the North Fork Skokomish River trail, which we’ve not been on before.  At least not from that side.

We were up and on the road by 7.  6 wasn’t necessary since we weren’t trying to get into Mt. Rainier National Park.  We arrived at the parking lot by around 8:30 to find it was already most of the way full.  Lots of overnighters. 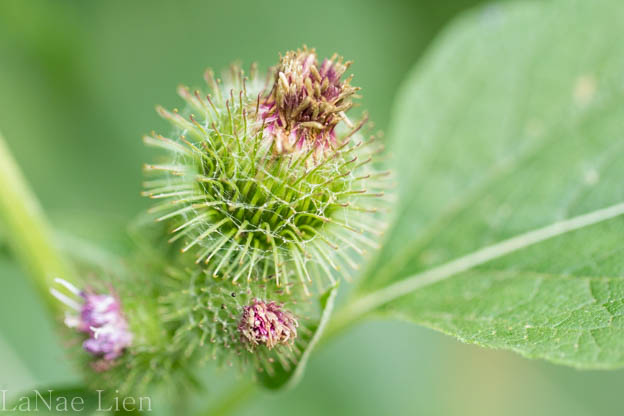 See, the North Fork Skok is a trail that you go on to go places.  Make sense?  From that trail you can go to Flapjack lakes, Black and White Lakes, Nine Stream, First Divide.  You can connect with Duckabush trail, which connects to La Crosse Trail or O’Neil Pass, which…you the idea.  The North Fork Skok is a gateway trail.  What we discovered, however, is that the NF Skok is, in and of itself, quite boring with little to see.  We’ll get back to that.

We set out on the west side of the Staircase Rapids trail.  There were a couple of groups at the trailhead that had us a little concerned, based upon their volume, but we quickly left them behind.  The noise of the river helped.  It was a beautiful morning.  Mid-60’s, gorgeous light, good company.  You can’t get much better than that. 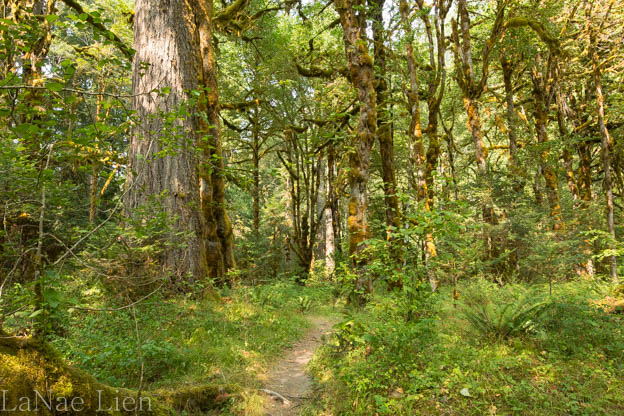 We made short order of the first part of the trail and soon made it to the gorgeous suspension bridge spanning the river.  It’s a relatively new addition.  The old bridge was wiped out by high waters and a tumble of trees one winter.  The two trails remained separated for a quite a few years before this beauty as built.  It looks like it will withstand a storm or two.

Now, what we should have done was remained on the west side of the bridge, proceeding an additional 1.1 miles up Four Stream Trail, which hugs the river.  Instead, we crossed the bridge and headed up the North Fork Skokomish River Trail. 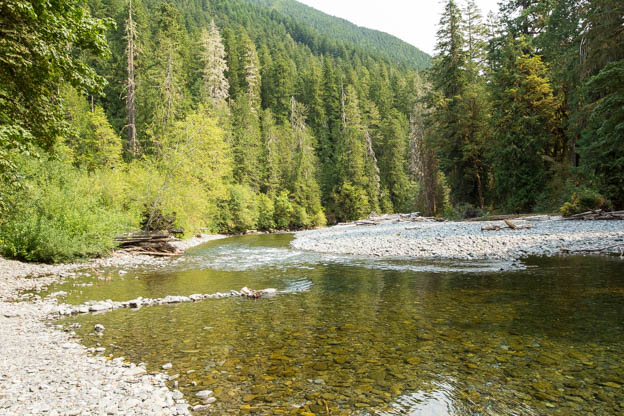 The trail has very little gain.  I mean, you climb above the river so that pretty soon you can’t even hear it anymore.  But, it’s very gradual.  The trail is, in most parts, wide and clear.  And it goes on.  And on.  And on.  Through the trees.  The only clearing was near the area of the 1985 Beaver fire.

We got a little beyond four miles in when we decided to call it a day and turn around.  It was heating up and the trail wasn’t getting any more exciting.  Though, even with that, it was nice to get out.  The scent of berries wafted by at random moments.  The birds twittered merrily.

We dropped down into Slide Camp for lunch.  It’s a beauty, right by the river.  We sat on a large log under a larger shade tree eating our sandwiches, mesmerized by the sound and movement of the river.

A little over a mile later and we were back in the parking lot, pulling off dusty shoes and sweaty socks.  It was around 1:30, the earliest we’ve ever been off of a trail.  There’s something to be said for a fast, flat trail.

As we pulled out, cars lined both sides of the road outside the park.  There were even more along the shores of Lake Cushman.  More people than we could count were sitting in lawn chairs next to cars above the lake, eating dust with each passing vehicle, but apparently thinking it was a good day.  Maybe we just don’t understand.

By 2 we were bellied up to the bar at the Model T pub clearing the trail dust out of our throats with a cold Coors Light.  Another good day.