While much of the area tried to escape the heat on Labor Day I fired up all of the burners in the kitchen and labored.  Why?  Well, why not?  Plus, the garden has exploded and something had to be done.

Those are possibly my four favorite words (when strung together) of the summer:  the garden has exploded.  For the first time in…5? 6? years we have had success with our garden.

I’ve mentioned before that I come from a family of gardeners.  We always had a big garden out at Grandpa and Grandma’s when I was a kid.  It was prolific.  We canned pickles…dill and sweet, sweet relish, green beans, tomatoes, pickled beets.  We ate carrots, radish, lettuce, cabbage, broccoli, cauliflower, corn.

I still can pickles, relish, peaches and pears.  I always get green beans from the family. 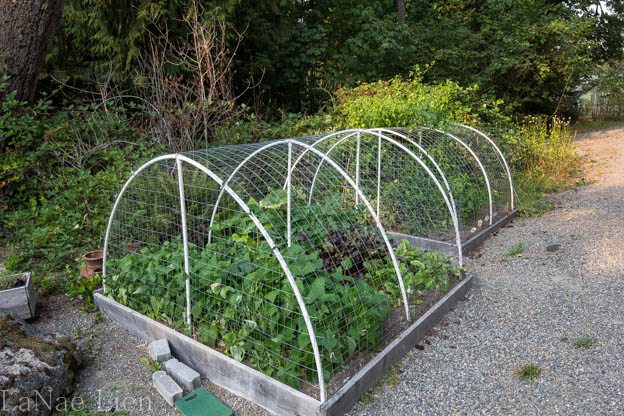 When we moved into our current home 9 years ago we were quite excited by the two 8×8 plots arranged in the sunniest part of the property.  We had great plans for those plots. The first few years we didn’t do much with them.  The husband didn’t seem hugely interested, so I made a few half-hearted efforts with mixed results.

Then, three or four years ago the husband, too, got the garden bug.  We started planting more…and each year were disappointed.  One big issue was the fact that we live on clay. The bane of my existence.  Damn clay.

Last year we added manure to the bed (we were only planting one as the other had blueberry plants in it) and the results were better.  We had pole beans that went a little crazy…and then the deer discovered them.  We had some covering for the garden, but not enough to retard the deer and bunnies.  Damn deer and bunnies.

This year we committed to our last and final effort:  if the garden didn’t produce we were done.  The husband removed the blueberry bushes (which weren’t doing well, either) and picked up a truckload of mushroom compost, which we shoveled and raked and mixed into the two plots.  He then came up with an ingenious fencing system:  he built frames using bent PVC pipe and laid caging over the top.  He cut extra pieces of caging for either end and clipped them into place with small clips.  The garden-covers stand about four feet tall.

In one side we planted “the salsa garden”:  sweet onions, four tomatillo plants, four tomato plants (different varieties) and assorted peppers.  The other side was green beans, beets and zucchini.  A small separate plot contained lettuce.

The lettuce did….meh.  Which is odd, because it did really well last year.  That’s kind of how gardens go though, right?  One year fantastic, the next year…meh.  They can be fickle beasts.

The green beans started out slow.  I actually had to re-seed a couple of times.  Same for the beets.  The zucchini…when has zucchini ever had to be re-seeded??  In the other plot the tomatoes and tomatillos quickly took off.  Really quickly.  Currently, the tomatillos stand about 2 feet above the four foot fence.  They are filled with fruit.  The tomato plants have all grown together into a tangle.  Tomato cages?  Can’t see them.  And if all of those green tomatoes turn red I’m going to be making a whole lot of tomato-based products.

So, let’s talk about this weekend:  on Friday I went out and picked enough tomatillos to pair with the roasted hatch chiles I bought from a local store (as I stood waiting to pick them up I closed my eyes and it smelled like I was standing in Santa Fe.  I opened my eyes…sigh…I was in Olympia).  The result?  Chile verde.  Holy chile verde.  It was amazing.  Mouth watering.  Delicious.  We are hoping beyond hope that the rest of those tomatillos ripen so I can make salsa verde to can and chile verde to freeze. 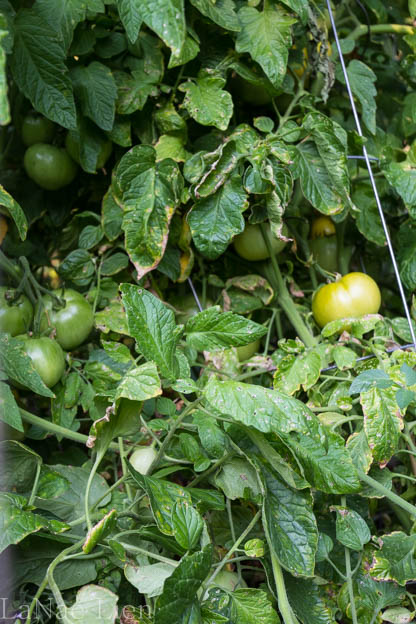 Yesterday I picked the green beans.  I had deliberately not picked them for over a week in hopes of having enough to can.  They obeyed.  This morning I sat in the family room, a plastic grocery bag full of beans next to me, a dishpan in front of me.  The snap, snap, snap of beans took me back to my childhood…sitting in the basement of my grandparent’s house…snapping beans. Today I processed 9 pints of green beans in the pressure cooker.  I may not have to mooch off the family this year.

And the zucchini in the “featured image” photo?  That’s a sneaker zucchini.  It was nestled under the green beans.  Didn’t even know it was there.  Thus, a zucchini as long as my forearm and hand.  Log-sized zucchini is not my favorite.

This morning I took a dish pan and picked as many ripe tomatoes as I could find.  I also tossed in a few jalapeno and poblanos.  I had enough, with the addition of some supermarket items (sweet onion, garlic, green pepper), to make 6 pints of salsa, which I’ve not made before.  We’re already talking about what flavor of salsa we want the next batch to be.  A local company makes a hot chile lime, so I’m going to poke around to see if I can find something similar online.

We attribute our success to three things:  sufficient fencing to keep the critters out, compost and watering with a sprinkler rather than just hosing the garden down.

Excited?  Yes.  Victorious?  Most definitely.  Planning for next year?  Without a doubt.

4 thoughts on “Laboring on Labor Day”