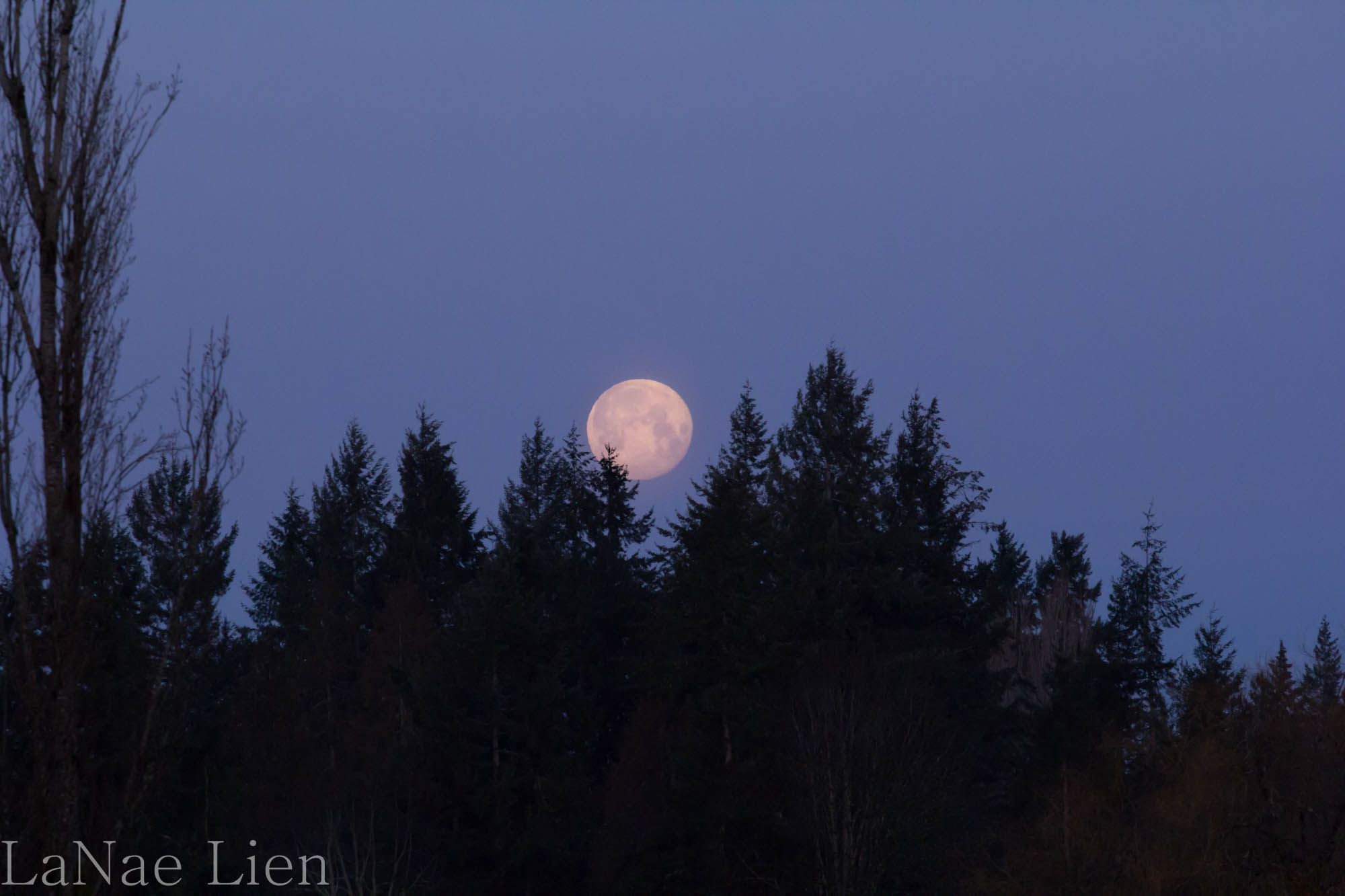 Last Saturday morning I was headed to yoga shortly before sunrise.  The sunrise was looking pretty spectacular through the trees, but I told myself I would miss class if I elected to chase the sunrise.  I chose yoga.

Then I came around a bend in the road and there was the moon, dropping (quickly) in the semi-dark sky.  I believe there was gasping.  And, even at the risk of missing class, there was no question about stopping.  I pulled over, grabbed my camera and tripod and set up as quickly as I could.  I managed to get just a few shots before it dropped behind the trees (which meant that I was only ten minutes late for yoga) and was pleased that one turned out relatively well.

Nothing beats a clear winter morning!