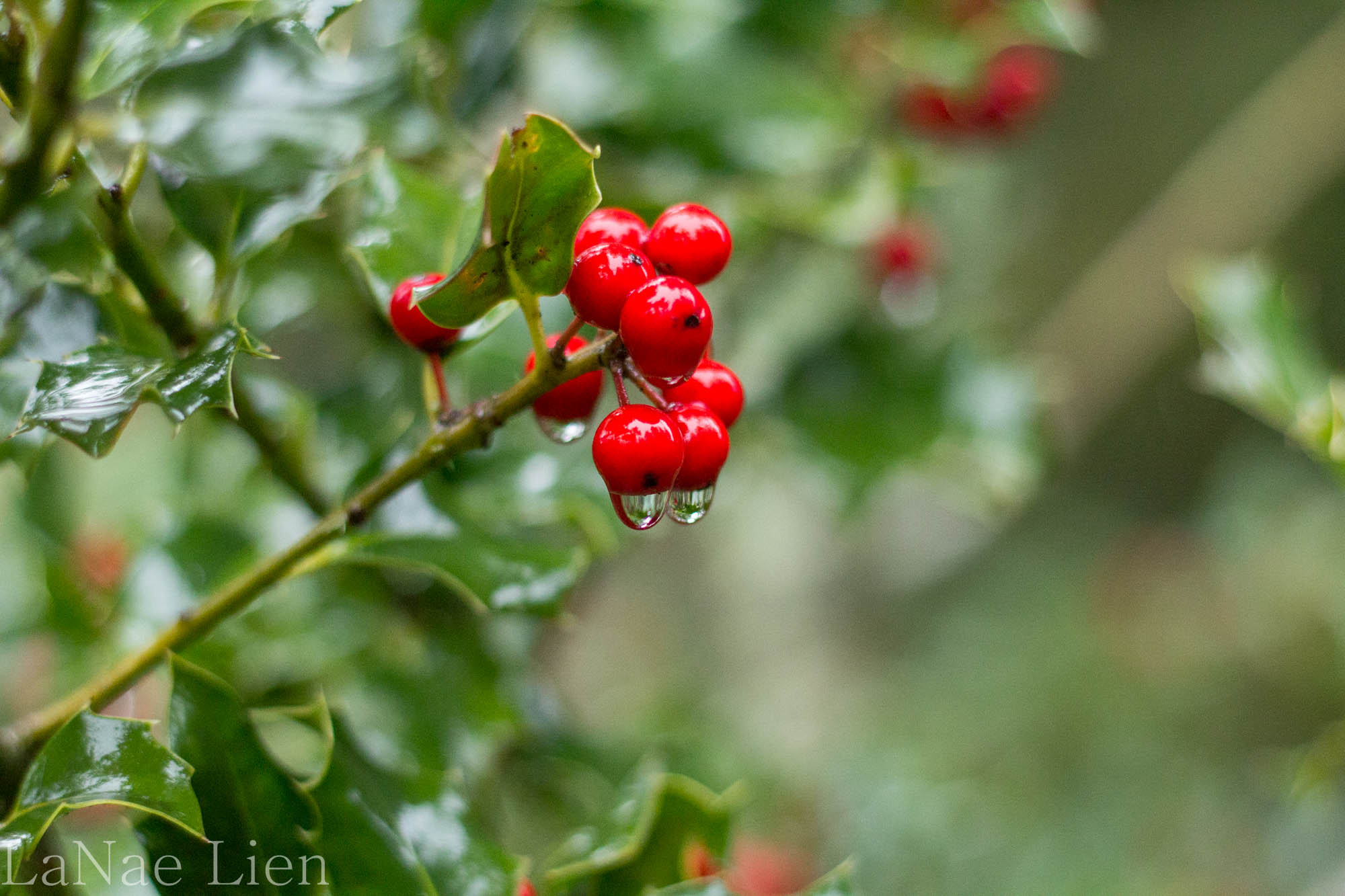 It was an exciting weekend here at The Homestead.  Whole lotta rain.  Snow yesterday (?!). And a lot of laying around.  Many of the photos taken were done so from the car.  It was that wet.  And the walking pneumonia slowed me down a bit.

I had been experiencing “general malaise” (how’s that for a $5 college word?) for over a week when I broke down and went to the doctor last Friday.  It was largely the inability to draw a full breath that drove me to it.  And the tiredness.  And some other symptoms that, when all combined, made me feel not sick enough to stay home, not quite well enough to work, and very, very cranky.  Doctor suggested walking pneumonia and gave me an antibiotic.

Oh, did I mention that the husband got sick, too?  He came down with that rotten cold that’s been going around (perhaps with a touch of the flu) and spent the weekend attempting to hack up a lung.

Add to that a whiny cat who wanted to go outside but didn’t want to go outside because of the weather and chose, instead, to sit inside and bitch about the unfairness of the universe and why can’t we control the weather when we control the rest of his world? and it was a fun weekend all around.  Our saving grace was the fact that if we turned on the gas fireplace the aforementioned whiny cat would pass out in front of it for a couple of hours at a time.

My outings for the weekend consisted of a trip to Trader Joe’s on Saturday morning and a trip to Fred Meyer on Sunday.  I took the camera with me both days as I feel a certain amount of pressure (self-induced, of course…because that’s the best kind) to produce new content for both the blog and Instagram on a weekly basis.  I know that I could pull from the archives for Instagram and I do upon occasion, but I kind of like the challenge of knowing that I need to get out and shoot every weekend.  Even if it’s just around The Homestead (thank goodness for 2 1/4 acres of green stuff!). 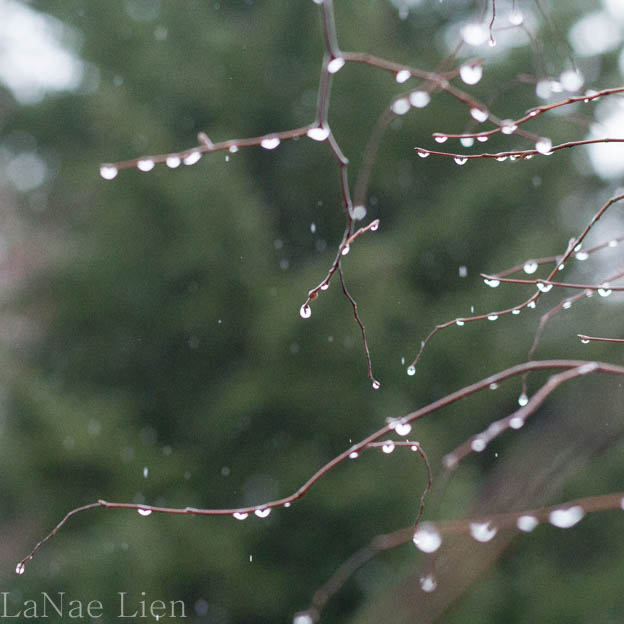 By yesterday afternoon I was feeling well enough to wander about the property capturing…well…rain.  The stuff fell steadily all weekend, so it made sense to focus on it. Well, it actually turned to snow by late afternoon…and fell steadily most of the night.  But, it’s melting quickly and if I ignore it it will go away more quickly, right?

And then it was time for the big game.  Riiiiigggghhhht.  Confession:  I had to ask the husband who was playing in the super bowl.  Or is that Super Bowl?  Is it really capitalized? It can’t be that important.  Google says….yes.  It is capitalized.  As are all bowl games. Salad Bowl.  Fruit Bowl. 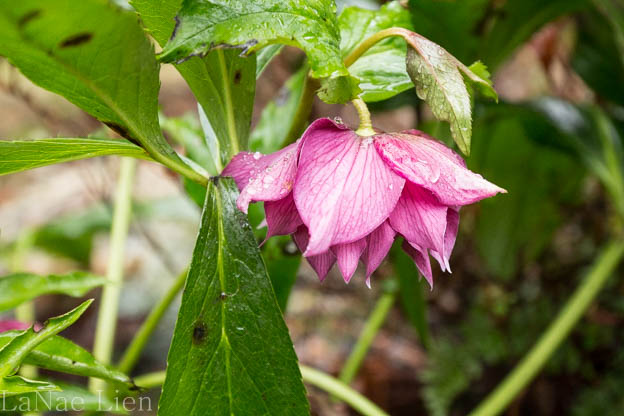 Anywho, we had received a couple of invites for the “big game” and had accepted one, which I apologetically unaccepted yesterday morning when  it became apparent that we both just wanted to stay home and lay low.  Which left us with a conundrum:  food.  The party we had planned on attending would have included a lavish spread.  Well.  Bummer.

I was not in the mood to pump out anything lavish, but the husband seemed pretty content with sausage dogs, a small homemade macaroni salad and pickle dip with chips. The husband contributed a bag of peanut butter filled pretzels left over from his Christmas stocking.  For dessert I dug around in the pantry and came up with a box of maple cookies acquired while we were in Victoria in the fall.  Ta-da!  Instant party for two! 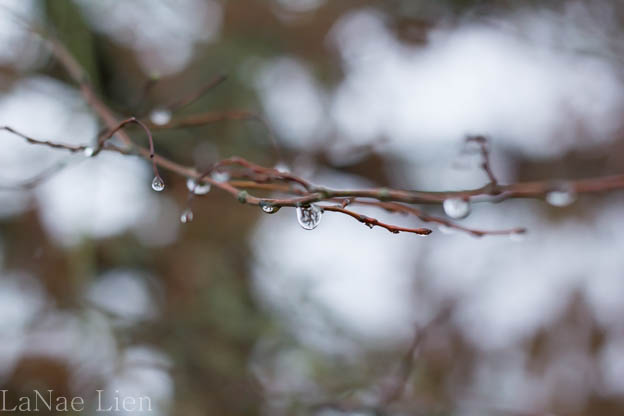 By the way…who won the game?  C’mon!  Based upon what I’ve already said you don’t think I actually watched it, do you?  I watched the Star Spangled Banner (worthy of capitalization), the half-time show and some commercials, but not so much the game. Which was no different from attending a formal party, which I treat simply as a social occasion.  The only reason I knew who was playing last year was because…well…it was Seattle.  It’s hard to overlook the local frenzy when the local team is playing.

2 thoughts on “Photos from a Car Window”