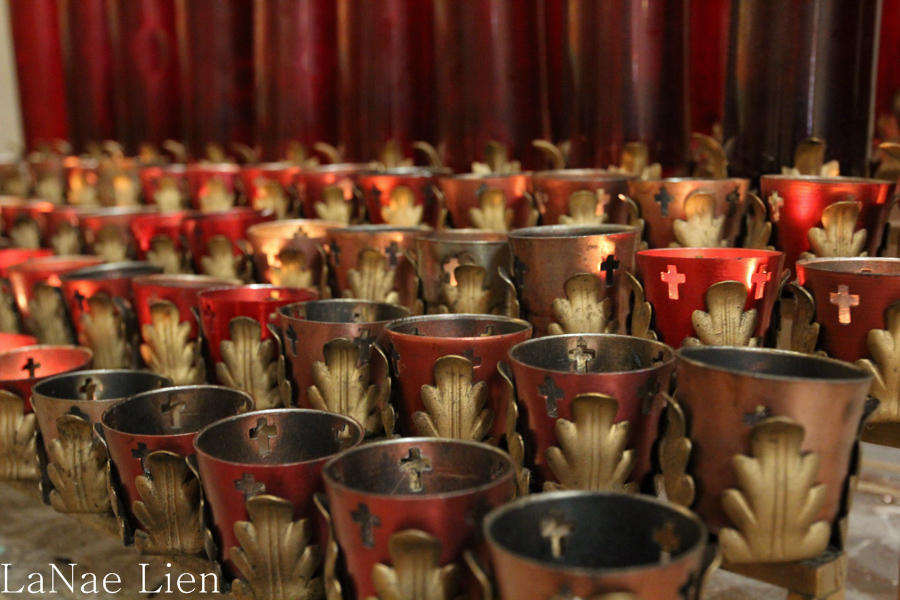 There are so many things that I love about Santa Fe.  Three historical churches in the downtown core definitely add to its appeal.  I made an effort to visit (and photograph) each one while in town and want to share a bit about them with you.

First, the most humble of the three, San Miguel Mission.  San Miguel has the lofty honor of being the oldest church in the United States.  How’s that for a claim to fame?  In Santa Fe it’s simply referred to as The Oldest Church.  Per the Mission’s website:

“San Miguel Chapel is the key site to the Barrio de Analco Historic District. Oral history holds that the barrio was founded by a group of Mexican Indians from Tlaxcala. The adobe church was constructed under the direction of Franciscan friars to serve a small congregation of soldiers, laborers, and Indians who lived in the Analco Barrio. It was partially destroyed during the Pueblo Revolt of 1680. By the early-eighteenth century, San Miguel had become one of the principal ecclesiastical buildings in the provincial capital. The present building dates from 1710, although it has undergone significant structural changes.”

For additional history of this beautiful piece of history click here.

Just down the street sits Loretto Chapel.  What a beauty!  At a glance you would think that this church belongs in Europe rather than in adobe-colored Santa Fe.  The most challenging part of Loretto Chapel is trying to fit the entire thing in the viewfinder (even with a wide angle lens).

Work on the chapel started in 1873 and all the stone was quarried from locations within 20 miles of town.  The stained glass was purchased and shipped from Paris and the chapel finished in 1878.

A stunning detail of Loretto, and it’s true claim to fame, is the floating staircase.  Loretto’s website describes its history as follows:

“When the Loretto Chapel was completed in 1878, there was no way to access the choir loft twenty-two feet above. Carpenters were called in to address the problem, but they all concluded access to the loft would have to be via ladder as a staircase would interfere with the interior space of the small Chapel.

Legend says that to find a solution to the seating problem, the Sisters of the Chapel made a novena to St. Joseph, the patron saint of carpenters. On the ninth and final day of prayer, a man appeared at the Chapel with a donkey and a toolbox looking for work. Months later, the elegant circular staircase was completed, and the carpenter disappeared without pay or thanks. After searching for the man (an ad even ran in the local newspaper) and finding no trace of him, some concluded that he was St. Joseph himself, having come in answer to the sisters’ prayers.

The stairway’s carpenter, whoever he was, built a magnificent structure. The design was innovative for the time and some of the design considerations still perplex experts today.

The staircase has two 360 degree turns and no visible means of support. Also, it is said that the staircase was built without nails—only wooden pegs. Questions also surround the number of stair risers relative to the height of the choir loft and about the types of wood and other materials used in the stairway’s construction.” 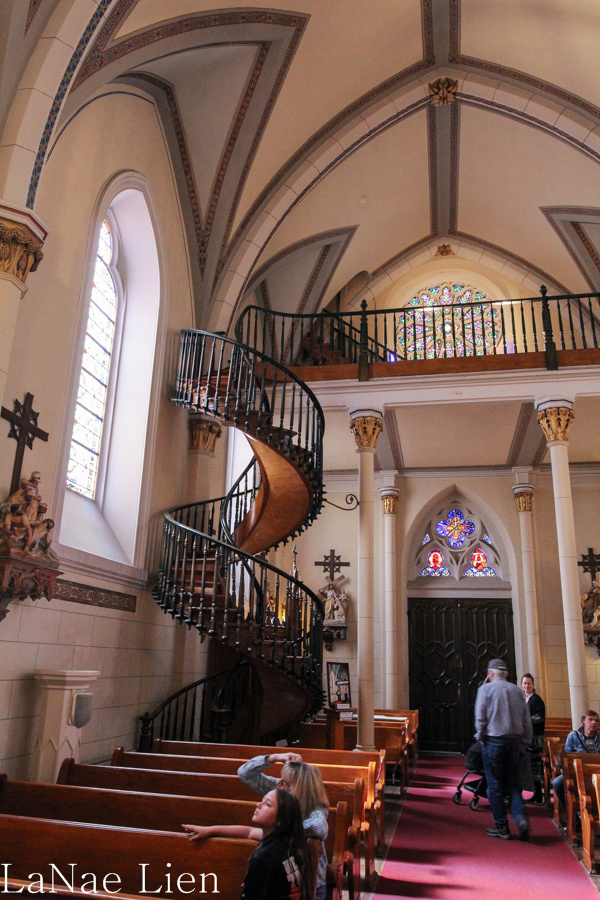 Last, but certainly not least, is the massive Cathedral Basilica of St. Francis of Assisi. Impressive both inside and out it also sits in a spot that allows the late afternoon and evening sun to shine on it in a spectacular fashion.  A bit about its history:

“The City of Santa Fe was founded in 1610. That same year the first church was built on this site. The original adobe church was replaced in 1630 by a larger one, which was destroyed by the Pueblo Indian Revolt of 1680.

The expelled Spaniards returned in 1693, but were not able to rebuild the church until 1714. This new church was named in honor of Saint Francis of Assisi, the Patron Saint of Santa Fe.

The only part of this church still existing is the small adobe chapel dedicated to Our Lady La Conquistadora. Brought from Spain in 1625, the statue is the oldest representation of the Virgin Mary in the United States.

Construction of the Cathedral began in 1869 and continued until 1887. The new Cathedral was built around the former adobe church and, when the new walls were complete, the old church was torn down and removed through the front door.

The stained glass windows in the lower bay are from France and depict the twelve apostles. Seven archbishops, including Lamy, are buried in the sanctuary.” 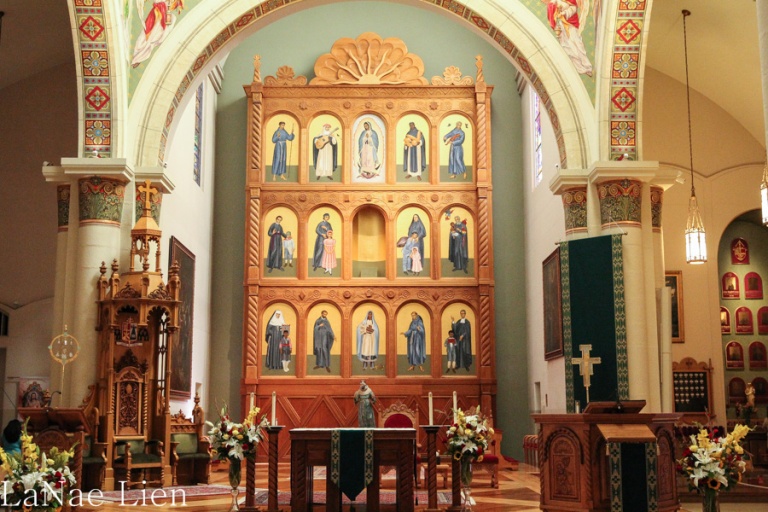 2 thoughts on “Churches of Santa Fe”