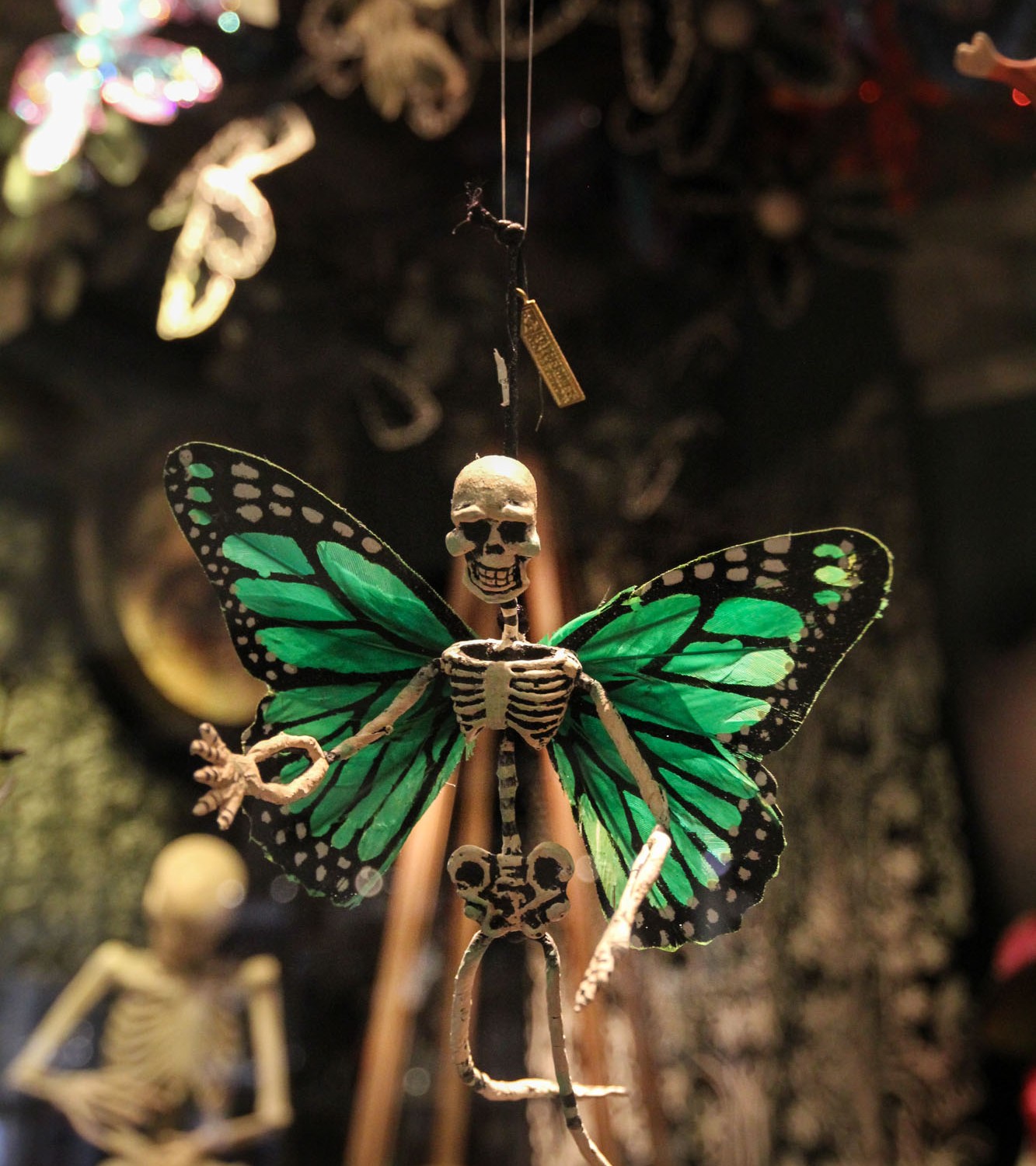 Today was the first full day of my National Geographic photography workshop here in Santa Fe.  They are feeding us well.  Breakfast was everything from vegetarian frittata to sweet potato home fries to locally made granola.  Lunch?  Asian feast.  Kung Pao shrimp, lettuce wraps, spring rolls.  Good grief.  And, because I don’t want to deny myself Southwestern fare I treated myself to a margarita, a cup of green chile pork stew and a pork adovado enchilda served “Christmas style” (half green chile sauce, half red chile sauce).  Good grief.

Okay…food out of the way, let’s get to photography.  After spending the morning and early afternoon in the classroom we were released upon The Plaza, located in downtown Santa Fe.  Our assignment?  Portraits.  We’re to take five photos in tomorrow for criticism.  We were to consider the following:  portrait, architecture, depth of field, sense of place.

Have you seen me post one single portrait in this blog?  Okay, maybe one of the husband now and then.  But, other than that?  Any people in my photos?  Not really.  So, the immediate challenge was obvious.  But, let’s add a layer.  Because it’s a NatGeo workshop. Not only was I supposed to take photos of people, I was supposed to engage them.  Ask them for permission.  Talk to them.

Now, I did just fine this evening at La Choza, bellied up to the bar with a margarita in hand. I talked to two men, one on either side.  Then, one of them left and a delightful artist named Karen sat down.  Karen is here for a job interview that, should it come through, will find she and her husband moving from Virginia to Santa Fe.  We had a great conversation. But, I wasn’t looking to ask Karen to take her picture (or, make her photo, as one of our instructors says…which puts a nice spin on the concept).

We set out from the workshop and gathered downtown for final instruction, then were set loose on the town.  Was it outside my comfort zone?  Waaaaaaaaaaaaaaaay.  My in?  The workshop.  I told people what the heck I was doing and they were amenable.  I approached four people, two in shops and two out-and-about.

My favorite to talk to was Donna, who works for this little shop called the Rainbow Man.  On first glance it’s an outdoor courtyard with colorful, imported pottery.  But, when I introduced myself and told her what I was up to and asked to take her photo and asked what her favorite part of the shop was I found out it was much more than that courtyard.  She shared with me the history of a photographer named Edward Curtis (I have to admit, I was so consumed with the freak-out of doing what I was doing that I had a hard time concentrating…but I did take some of it in) and then took me into a couple of interior rooms where they have his work on display.  Who woulda thought???!!! 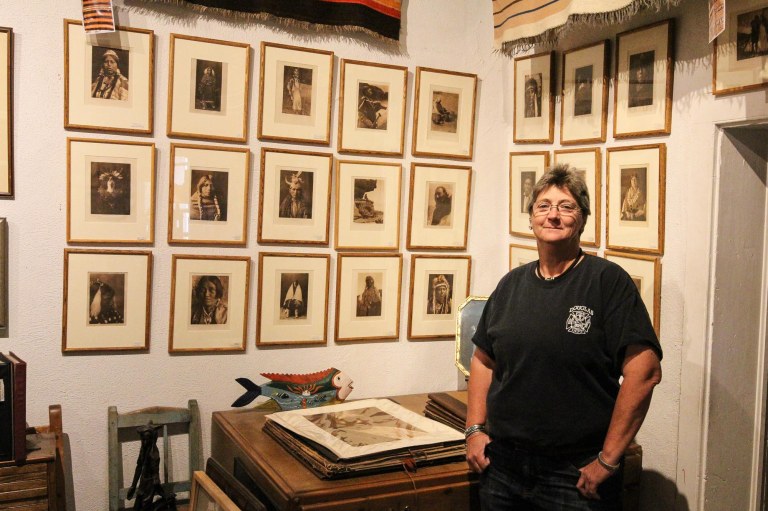 My favorite to photograph was Synde who works for O’Farrell Hat Company.  I was walking by the store and a blast of steam from the interior caught my attention.  I stepped inside and Synde was in the back of the room using the steam from a heavy-duty metal tea kettle, which she controlled with a switch of some sort.  Her job?  To steam the creases into the hats they sell.  She’s worked in the industry for 30 years, and it’s an art.  They’re hats, available in both rabbit and beaver.  The beaver is considered higher quality because it wicks moisture.  They start at $650.  She said they’re lifetime hats…hats that can be handed down from generation to generation.  Synde has creased the seams of hats for Willie Nelson. 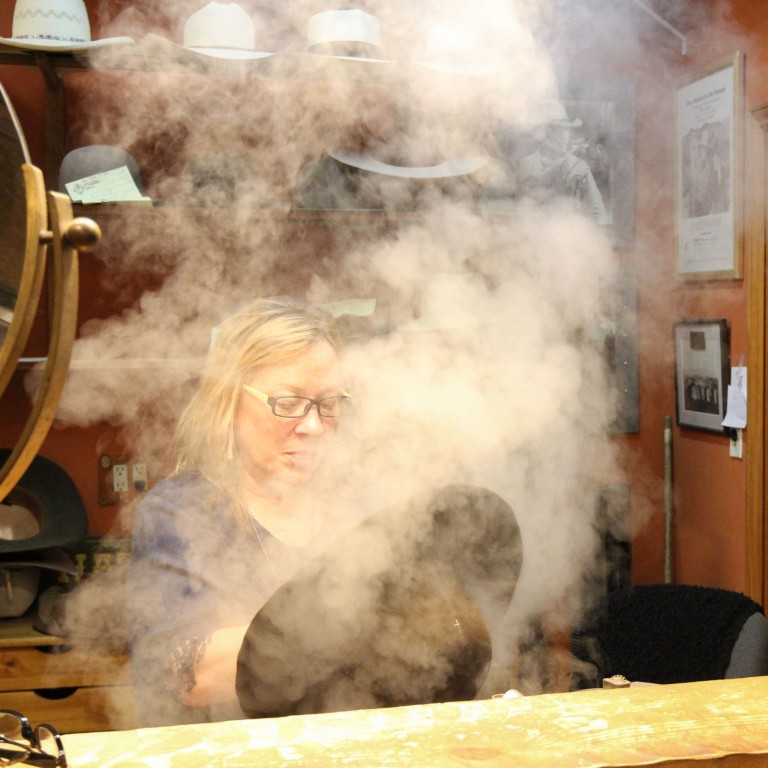 James made me realize how taking photos of people could be a heartbreaking venture.  He sat against a wall outside the Cathedral Basilica of St Francis of Assisi.  He explained that he’s lived in Santa Fe for six years and has had a really hard time finding work.  He has friends that work at the church and they have told him they will try to get him onto the maintenance crew when a job is available.  He was willing to allow me to photograph him, but mentioned that he was hoping someone would give him some money.  It took all that I had not to do so.  Maybe I should have.  I don’t know.  But, James will stick with me. 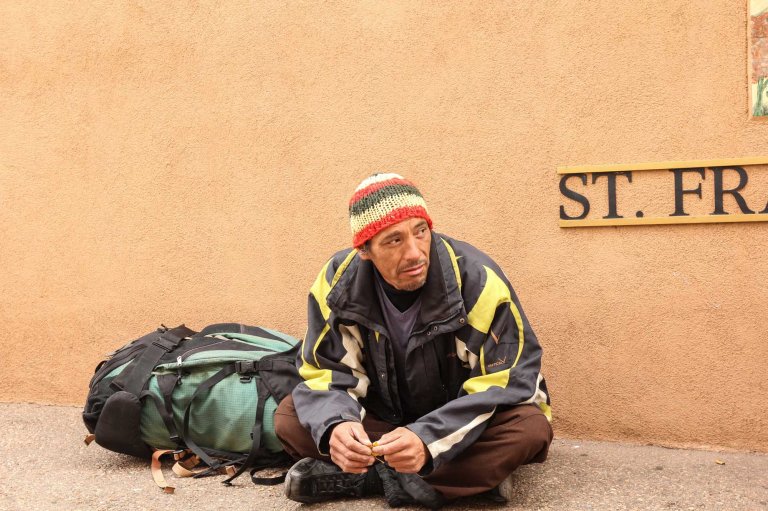 The cover photo is another shot.  It was part of a store display and just has a Santa Fe feel this time of year as the Day of the Dead approaches.  And, this lady was my last of the day. Outside the same church.  I should have read the placard to see what she was about.

7 thoughts on “The Agony of the NatGeo Assignment”