Saturday was a busy day.  And I’ve got no photos to show for it.  Zip.  Zilch.  Nada. Probably because I was too busy.  The photos are from the rose and dahlia gardens at Point Defiance Park in Tacoma.  We were up there Sunday morning.  I’ll tell you more about that a bit later, I just wanted to introduce it so you’d understand the random flower photos when I’m talking about pickles.

Pickles.  I’m not talking about those store-bought flavorless things.  I’m talking the real deal.  A couple of weeks ago I canned dills with my aunt and my cousin.  Early last week I started a batch of sweet chunks.  They’re currently brining in the garage.  Step two starts tomorrow.  Sweet chunks require an investment of time.  Probably unnecessary as I did some research about the three-day process that involves soaking them in an alum/water mixture.  This is after brining them for a week and before doing a three-day introduction to sugar, vinegar and pickling spices.  Once said to make pickles crisper, current schools of thought seem to be mixed regarding alum. But, I got my sweet pickle recipe from Mom and they always turn out super good, so I will proceed with the ways of my family.

After starting the sweet chunks I realized that I had more jars remaining than I thought (sometimes I need to dig a bit deeper into the canned food cupboards), which will benefit my parents as I’ll send half dozen jars home with them when they come visit next month. However, I discovered that we were alarmingly low on sweet pickle relish.  This was easily remedied with yet another trip to the produce stand for more cukes, sweet onions and green and sweet peppers. 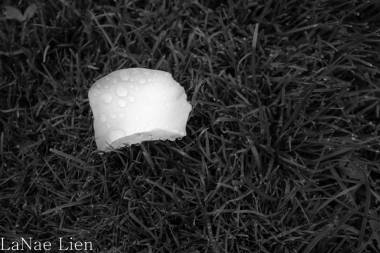 I ended up buying too many cukes.  What’s a girl to do?  Well, the girl may have made cucumber margaritas (uh-maze-ing).  And she may have dug out her gallon-sized glass jar (that at one point housed store-bought pickles, ironically enough) and made a batch of refrigerator dills. Which involved cooking up a garlicky, dilly, nose-wrinkling brine that swiftly cleared my sinuses when I poured it over the cucumbers in the jar.  They’ll be ready by Wednesday.  I can’t wait.  Grandpa and Grandma always have a jar of these pickles loitering in the back of their refrigerator.  Again, that sense of family.  A legacy built on pickles.

But, wait, there’s more.  Between prepping the refrigerator pickles and making the relish I whipped up a blackberry pie (per the husband’s request after he pick berries on the property), and cooked potatoes and eggs for ‘tater salad.  Stand back, Betty Crocker, we have an over-achiever!

I had shredded all of the vegetables for the relish the evening before and left them soaking in salt.  After rinsing the relish it came together quickly and in no time I had pint jars processing in the hot water bath.  The warm weather resulted in enthusiastically swift sealing and I added nine jars of relish to the winter coffers.  I think the only thing left to can this year are pears.

After all of that we kicked back on the patio for cocktails followed by smoked chicken, fruit salad, potato salad and blackberry pie with ice cream.  You gotta love summertime food. 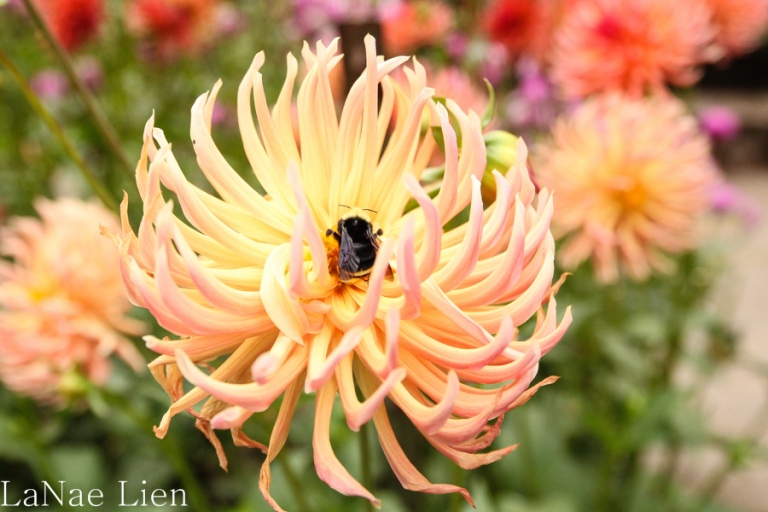 While lolling on a blanket in the grass…listening to a little Amos Lee…sipping the aforementioned cucumber margarita…I proposed a trip to Tacoma the next morning.  I had dropped my wedding and engagement rings off at the ring store a few days before for inspection and cleaning and needed to pick them up.  Plus, it seemed a perfect opportunity to check out the dahlias at Point Defiance Park.  I dangled the prospect of breakfast out in front of the husband and he agreed to accompany me.

We headed up relatively early under a thick marine layer.  Breakfast was…well…yummy. We seldom go out for breakfast, so when we do it’s a major treat.  How can you go wrong with hashbrowns and eggs and meat?  After breakfast we stumbled by a local coffee roasting company and picked up a mocha for the husband.  He was quite emphatic that he would be much more amenable to wandering around a flower garden if he was sufficiently caffeinated. 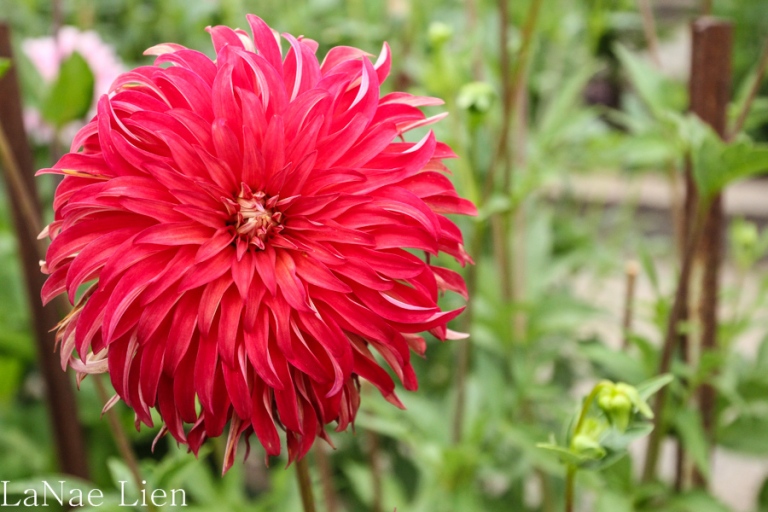 As expected, we spent a fair amount of time admiring both the roses and dahlias.  I do so love dahlias.  Love.  Love, love, love.  And, the bees were slow.  Remarkably slow.  I suspect is had to do with the fact that the day before it had been 90+ degrees and that morning it was 55 if we were lucky…with a breeze.  If a bee could shiver…. 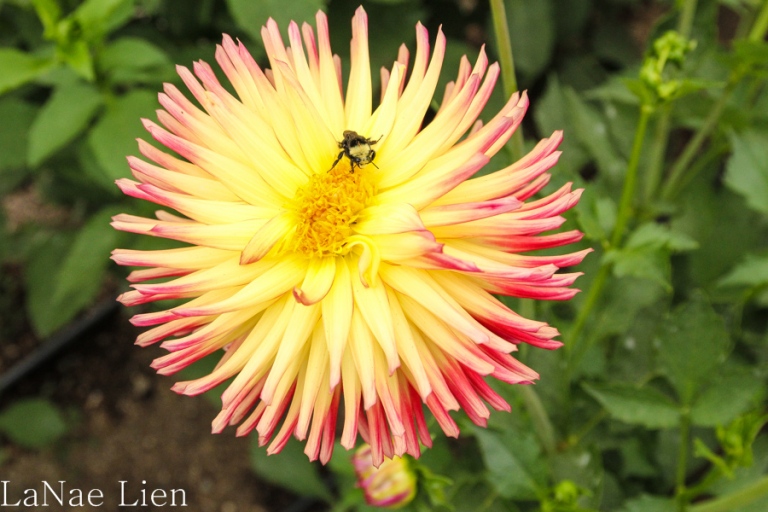 After shooting photo after photo after photo of flowers we explored a bit more of the park, ending up on a nice walkway along the water.  We promised ourselves that we will make it back there soon to cover more terrain, then picked up the rings and headed home.  As we walked through the door….hmmmm…is that pickle I smell?

4 thoughts on “The Pungent Smell of Pickles”