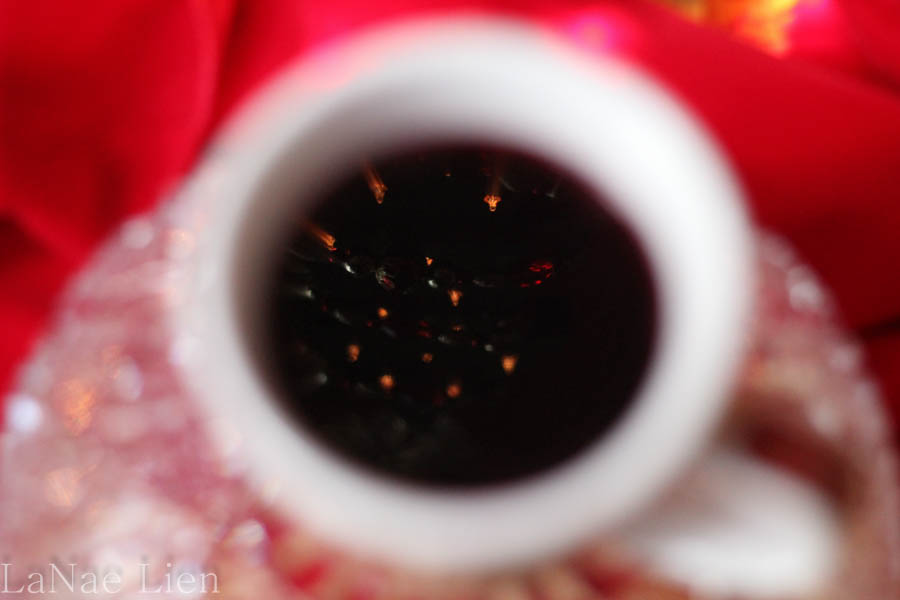 Merry Christmas Eve!  If you’re looking for one more cocktail to offer guests, this hot and spicy drink may be just the ticket!

We host a party almost annually for a group of friends, most of whom are old enough to be my Mom.  They’re a hoot and I enjoy pulling out all of the stops.  Well, not all the stops; everyone brings appetizers, so I don’t put out a meal or anything.  But, I do provide a large tray of homemade cookies, a couple of kinds of homemade candy, a crock pot full of little smokies and a simmering pot of mulled wine.

Usually we have enough mulled wine leftover to enjoy a mug here and there for the rest of the holiday season.  However, this year I must have outdone myself because, when all was said and done, there was only one mug-full left.  Which I enjoyed the next day.  I was a little disappointed.

The festivities also involve a men’s gift exchange.  Drag out your manly gifts and gags, wrap them up nicely, and throw them under the tree.  The husband actually coveted the gift I put together this year; a bag of flamin’ hot Cheetos, a can of smoked almonds, a six-pack of microbrew and a beer belt. Because who doesn’t need a belt to wear ’round your waist that fits cans or bottles of beer?  If you have someone in your life who needs such a fashion piece you can find it here.

The husband came away from the exchange with a bag of Joe coffee, dark roast, labeled as “tall, dark and handsome,” a small toy dog that poops jelly beans and a coffee mug in the shape of a toilet.  I sense a theme. We’re actually considering using the toilet mug as a water dish for the cat. Because we think that’s funny.

Speaking of the cat, guess who was the center of the party?  That handsome orange boy that we adopted a couple of months ago.  Since we are hermits he is a hermit, so this was the most people that he’s been exposed to since moving in.  He’s friendly, but I thought he might be overwhelmed by the number of people. Nope.  He greeted many of them at the door and made friends with any number of them during the course of the evening.  He is a very good boy. The husband and I speculated the next morning that he may be the most social one in the family. 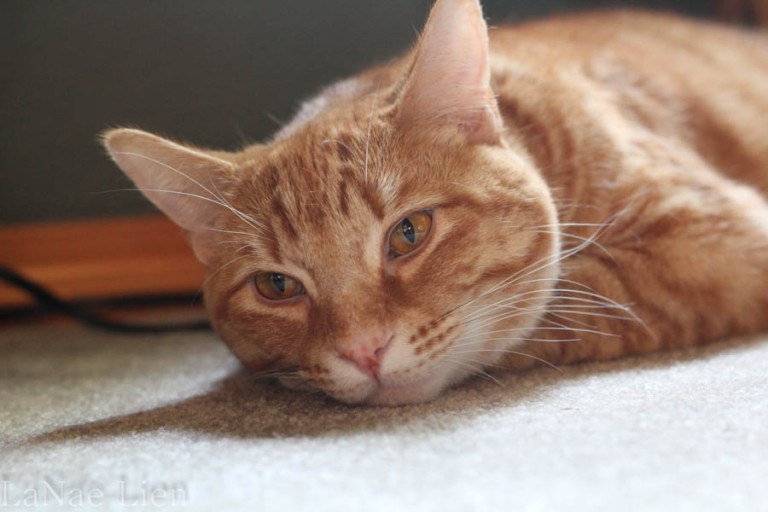 Anyways, the recipe.  The semi-sorta recipe as I just toss things into a large pot, tasting along the way.  This makes enough for a crowd.  Scale it back as you see fit.  Or not. 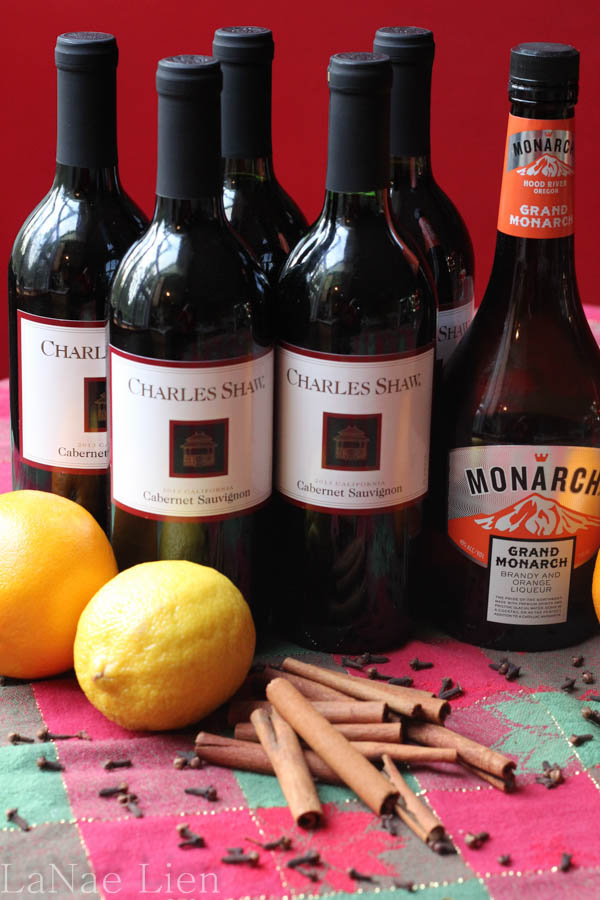 Pour the wine into a large pot.  Juice the lemon and oranges. Add the juice and the juiced halves of fruit to the pot.  Add the brandy.  Confession:  I would have added more brandy but I ran out.  I probably would have taken it up to 3 c.  Add 1 1/2 c sugar.

Cut a piece of cheesecloth to fit the cinnamon sticks and clove.  Cut a strip and use it to tie up the spice packet.  I used to just toss in the spices, but it’s tough to drink the wine if you’re having to filter it through your teeth and spit out cloves.

Heat on medium high until the mixture comes to a boil.  Drop it to medium low and taste.  Add additional sugar to taste. 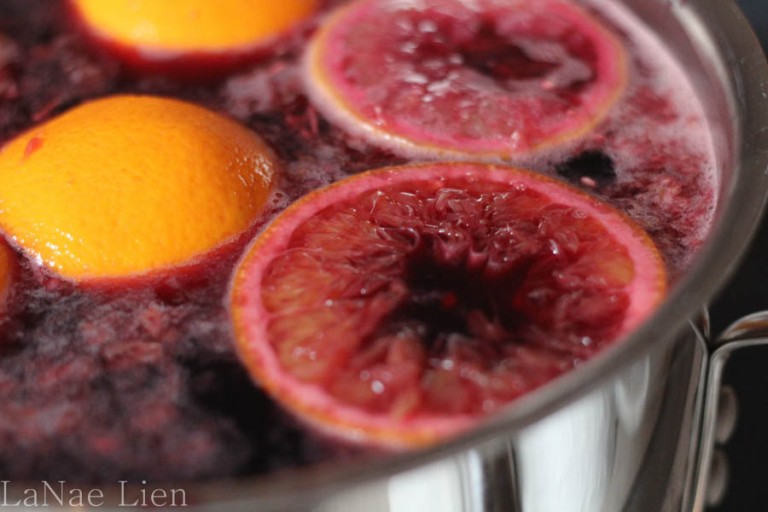 Allow it to work it’s magic for an hour to an hour and a half before serving.  You may want to check sugar again just before serving.  I tend to like mine a little sweeter and probably had a a total of 3 c in the pot when all was said and done.

One thought on “The Cocktails of Christmas: Mulled Wine”