We went to Portland this last weekend.  I shared my love of and visit to Powell’s books here.  But, the real reason we went to Portland was so I could go to Disney on Ice, Frozen with my sister-in-law and niece.  Since then I can’t get the song, “Let It Go,” out of my head.  We all had it in our heads last year because it seemed to be playing every time the radio was turned on. And now you’re humming it, too.  My work here is done.

We arrived in Portland around 1:30 and checked into our room at the Crowne Plaza. Conveniently within walking distance of the Rose Garden.  Excuse me, the Moda Center. I hate it when arenas are re-named.  It’s still the Rose Garden in my mind. Sue me.  My brother, sister-in-law and niece showed up shortly thereafter.  The plan was to go to a late lunch/early dinner. The guys were just going to hang at the hotel while we went to the show (I don’t know why they didn’t want to go). 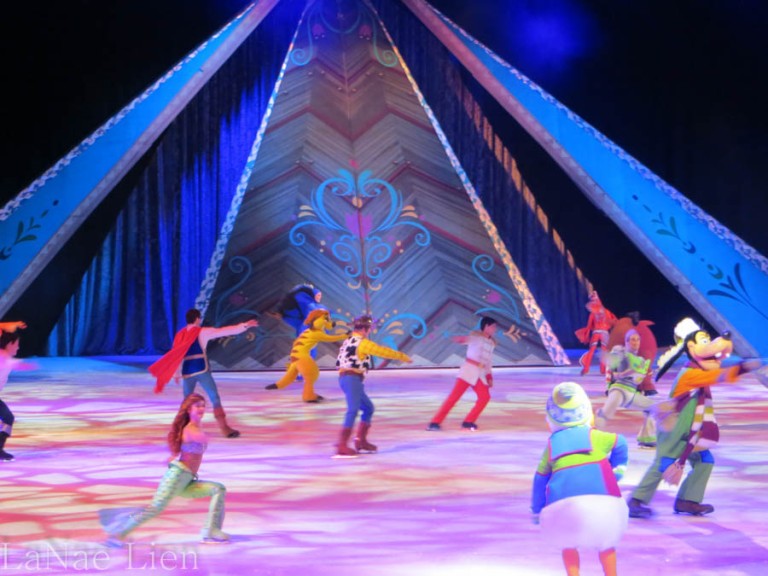 I love Disney.  When I was in college (when VHS ruled the world) I collected most of the Disney movies.  Favorites? Cinderella, of course.  A Bug’s Life.  Finding Nemo. The Hunchback of Notre Dame.  And I do like Frozen.  I like that they took the classic Disney romance and turned it on its ear.

So, I was looking forward to the ice show.  I’ve never seen an ice show.  And it’s Disney.  How can you get better than that? 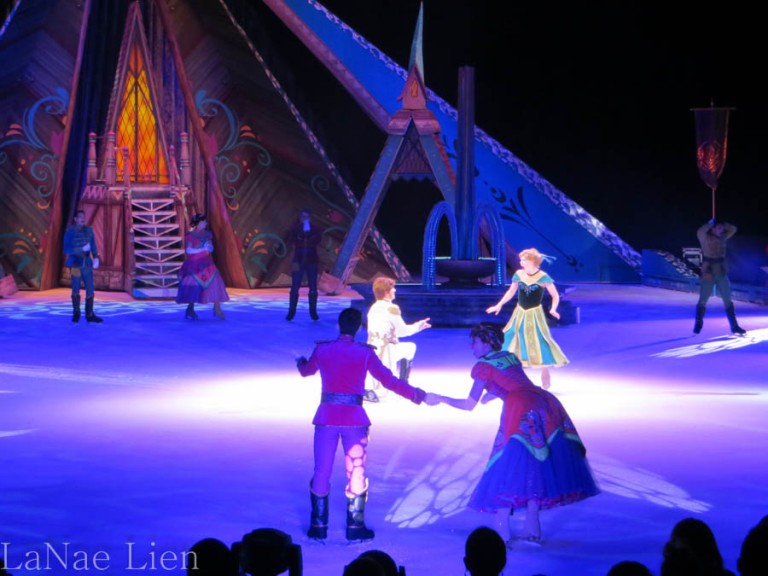 We lunched at Hopworks Bikebar.  It is neither a motorcycle bar nor a pedal-bike bar.  I’m not sure of the origins of the name.  I found it on Yelp.  It had good reviews and looked like a pretty cool place, so that was that.  It lived up to the Yelp hype, which is something to be said in Portland.  Land of beards and beer.  Seattle has a Starbucks on every corner, Portland a brewpub.  The husband and I are good with that.

In fact, if push came to shove, we would likely choose Portland over Seattle.  First of all, between the streetcar and MAX you can pretty much avoid driving.  In Seattle you can use Uber.  But, the streetcar and MAX are cheaper.  Portland feels more laid back than Seattle.  Which says something, because Seattle is pretty laid back.  Seattle does have Beecher’s cheese.  And Tom Douglas.  Hmmmm…maybe it’s good I don’t really have to choose between Portland and Seattle.  Wait, wait…Portland doesn’t have sales tax and ridiculous liquor tax.  They may have just pulled ahead. 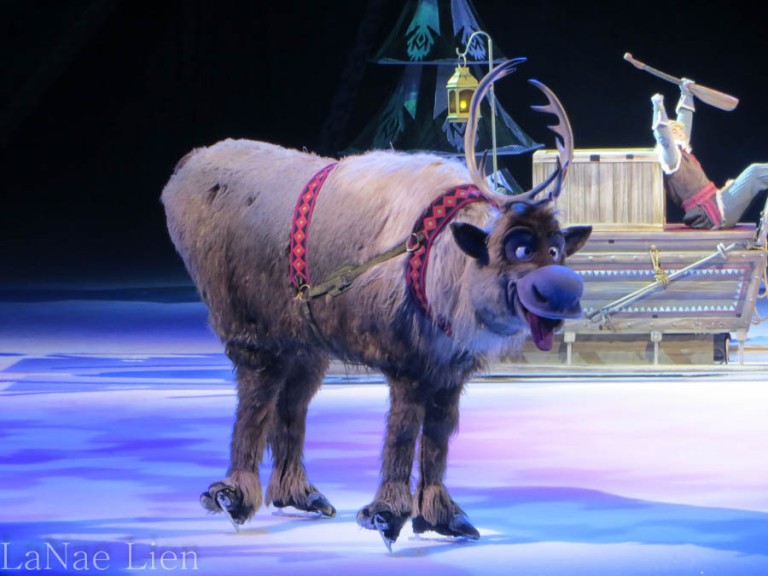 Anyways, Bikebar.  Cool interior, very cool patio seating.  We arrived just when happy hour was starting (lucky us), so tried some house-made pretzels for an appetizer (good, but not as good as those offered by Tom Douglas at Bravehorse Tavern in Seattle.  The dips he has are ridiculous.  Peanut butter with smoked bacon?  Pimento cheddar?  Sour cream and onion? Dang…it’s time for a food trip to Seattle).  Everyone else ordered beers, I ordered their Pie’d cider.  You heard me.  Pie’d. As in cider with pumpkin and spice flavors.  I had two pints.  It was really good.  Really, really good.

All of the food looked (and tasted) good.  Our table enjoyed chicken and beef burgers of various flavors.  They’re huge. And tasty.  And I would like to go back there some time and eat more burgers and drink more cider (I’m not so much a beer person).

We returned to our rooms and hung out for a while, then it was time to walk to the show. 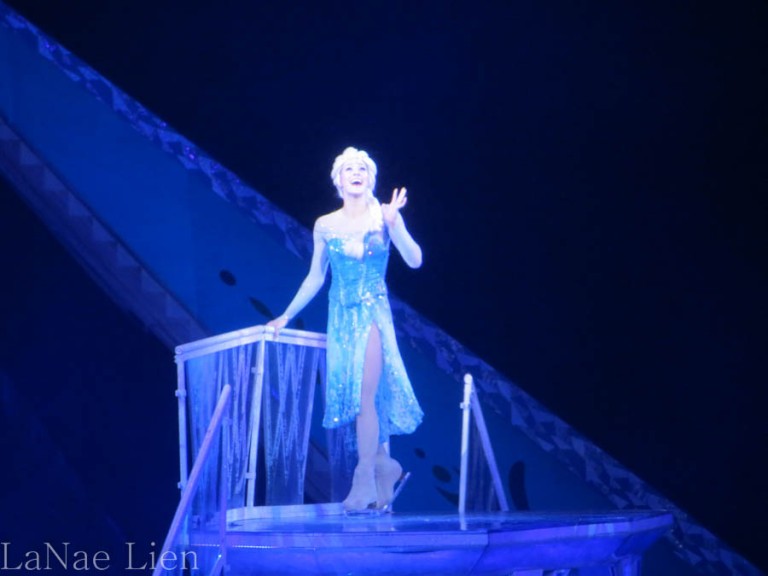 Do you know how much the Disney franchise must make on these ice shows?  It is amazing the amount of “stuff” they sell. Light up wands ($30), plastic Olaf cups with flip top lids filled with snowcone ($15), glossy programs ($20).  The list goes on.  It’s available as you walk in, throughout the stadium and they carry it around before the show and during intermission. Oh, and there were salespeople standing outside the stadium after the show for “last chance” purchases.  I used fingers and toes to calculate how much it would cost a family of four to go to this ice show (tickets, parking, souvenir for each kid, snow cone for each kid, snack) and figured it would be about $500. 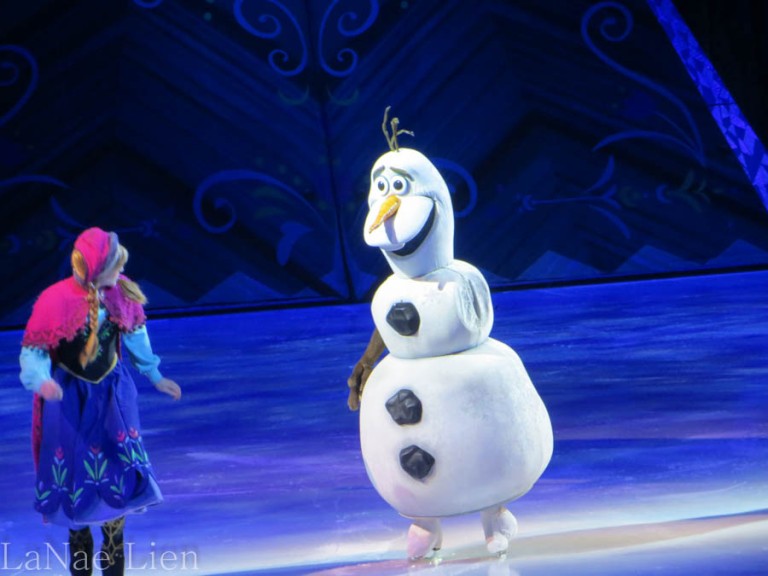 Does anyone else find that staggering?

Maybe it’s because I don’t have kids.

Maybe those of you with kids are shrugging and going, “Yeah, well it costs us $100 just to go to the movies.”

I would say, “Holy crap,” but my 9 year-old-niece will likely read this so maybe I shouldn’t.

Oops. Oh, well, she’s heard much worse from her Dad. 🙂 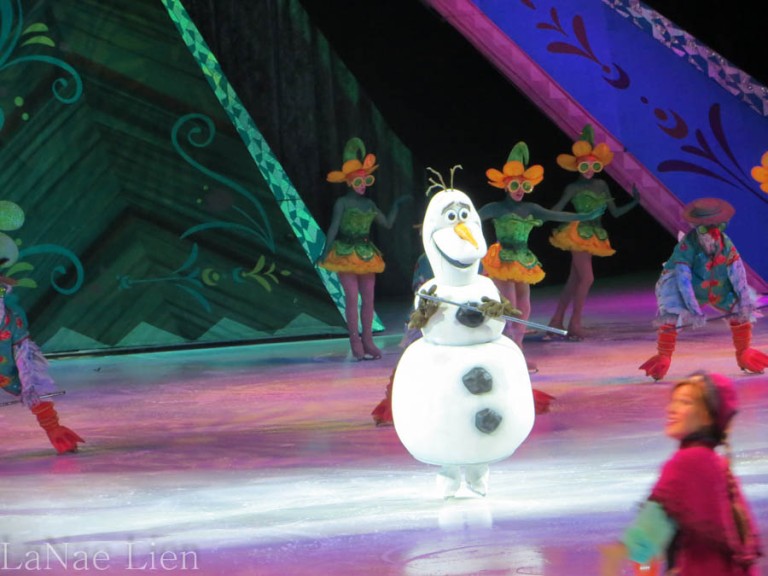 When the show started I had a moment of regret.  Two ice skaters came out to introduce the show and they were…super-cheery…chirpy…cheesy.  Tooth-achingly sweet.  I reminded myself that it was Disney.  And settled in for the duration. But, once sweet and super-sweet left the “stage” and the actual show started I was pretty well sucked in.  It helped that I knew the movie…and the songs.  Though not as well as my sister-in-law.  My niece asked me how many times I’ve seen Frozen. I said probably around three (which I figure is quite a bit for someone who doesn’t have kids).  My sister-in-law rolled her eyes.  Apparently she’s seen Frozen more times than she can count.

As an aside, we did dodge the Olaf snow cone trap (though when we got up to leave the floor of the Rose Garden was so sticky I couldn’t imagine how they would ever get it clean), because my niece saw Dippin’ Dots (a third of the price).  I bought her a glossy program.  She said she didn’t want a wand.  And then the show continued.  And she saw another wand that had parts that spun around (in addition to lighting up).  I suggested that her dog, Ringo the Springer Spaniel, would probably looooove that.  When the show was over we stopped to look at them and her eyes went big and she turned to her Mom and said, “Mom!  They’re $25!!!!”  I love that she, at 9 years old, can appreciate the cost of things.  We continued to wind our way out of the stadium, but as we approached the doors she paused again.  You could see the desire in her eyes. There was some negotiation with her Mom and they agreed that they would split the price of the spinny light up wand.  By now Ringo has probably already put his mouth on it…more than once. 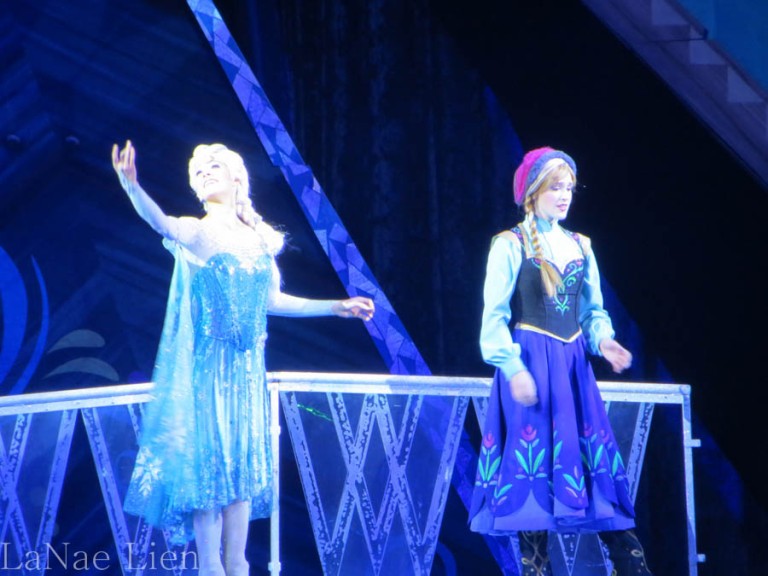 Back to the show!  It was pretty delightful.  The lighting was cool, it “snowed” on a regular basis.  Sven was two skaters shoved into a giant reindeer costume.  Olaf singing his summer song surrounded by skaters dressed as birds and flowers and the like was a highlight.  And a stadium full of kids wasn’t too annoying.  Maybe a little annoying.  But, not too annoying. 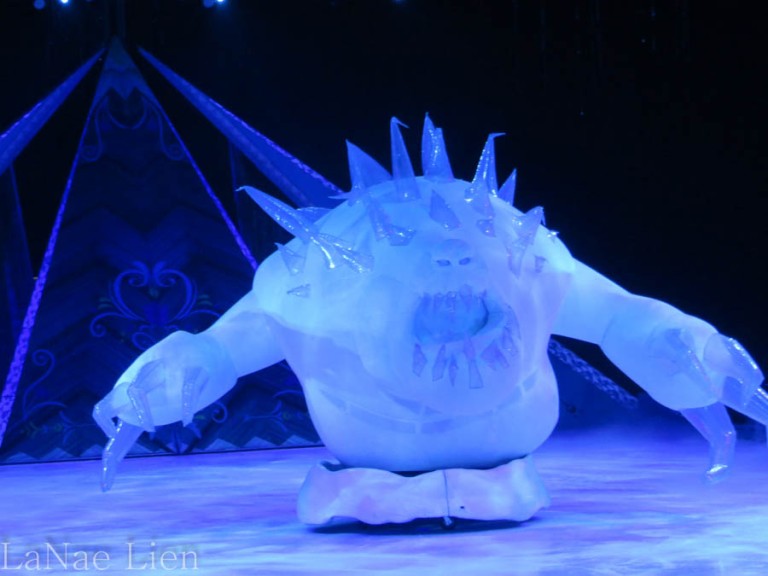 Was it worth the money?  Sure.  The time?  With my niece and sister-in-law?  Most definitely.  My brother was his normal “cheerful” self, which used to be annoying but is now funny because I can almost predict the words that will come out of his mouth in any given situation.  His daughter rolls her eyes and shrugs her shoulders.  She’s got him figured out, too.

And I leave you with…

Let it go, let it go
Can’t hold it back anymore

Let it go, let it go
Turn away and slam the door
I don’t care
what they’re going to say
Let the storm rage on.
The cold never bothered me anyway

Love you, Leah…I’ll go to an ice show with you again any old time. 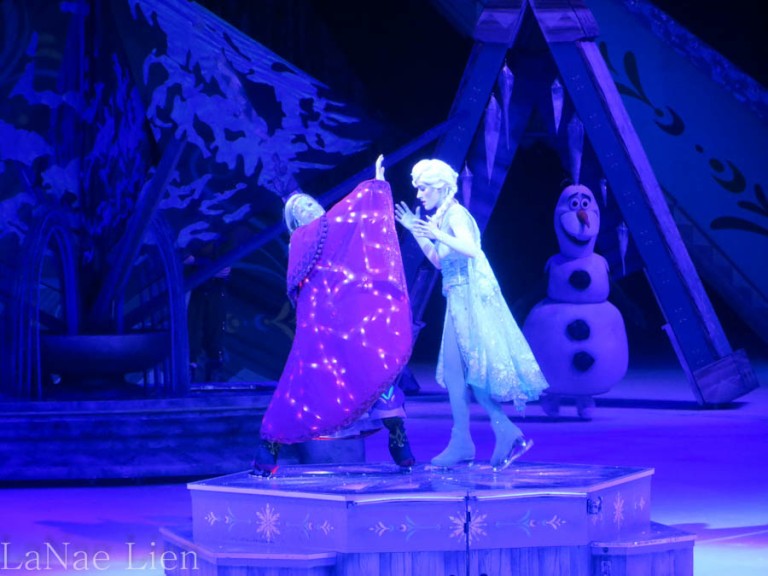