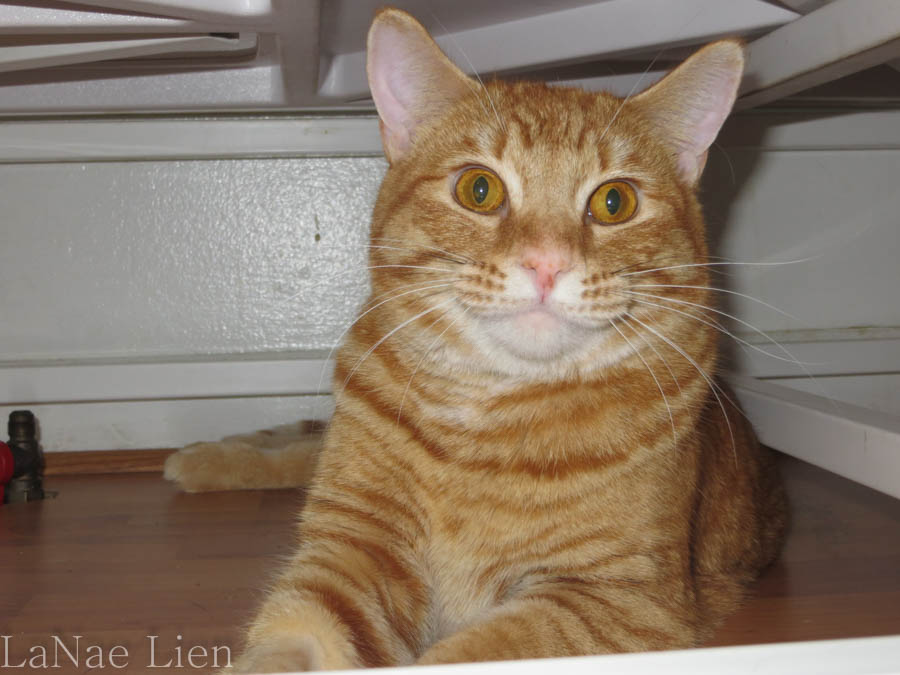 We lost our cat, Slater, to cancer last December.  It was indescribably heartbreaking.  She was my bestest-bestest, my kitty scarf, my shining star and the center of my universe.  She and I had been together longer than the husband and I.  The wonderful thing about time is that it heals broken hearts.  I still miss my little grey shadow, but I’m ready for a new companion. The house is empty without a cat.

I adopted Slater from a local rescue organization.  So, it made sense that I would reach out to them, again.  When we lost Slater I had sent an email to the head of the organization.  Of course, she remembered her.  My girl was a special one…not soon forgotten.  About two and a half weeks I got in touch with Jo, the fearless leader of Feline Friends, and told her I was ready.  Within a couple of days she responded and told me she had just the boy for me.  She said she had waited to respond until he successfully came through surgery on his hip.  He was a stray and had gotten hit by a car.  He was expected to make a full recovery.  She told me his name was Willis and that I would be able to meet him once he had recovered a bit from surgery. 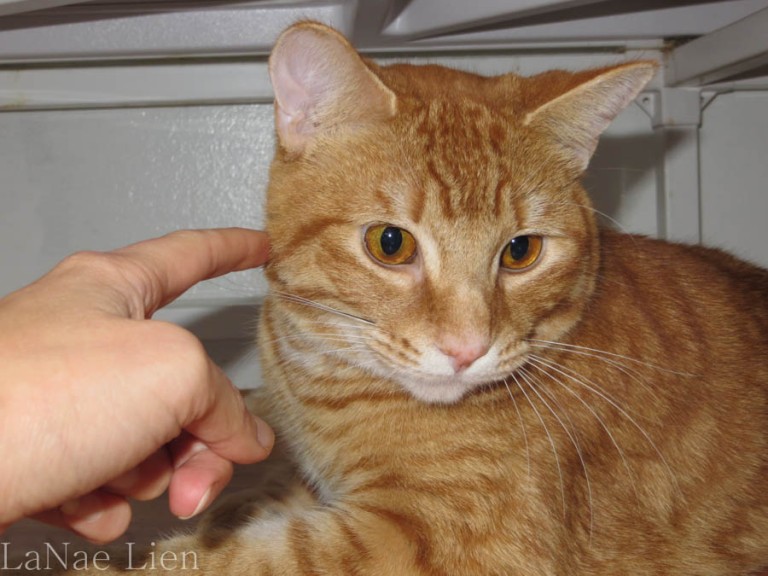 I looked him up on their Facebook page and was instantly drawn in by the orange cat with the sad orange eyes.  I’ve always been a sucker for orange cats.  My niece is also a sucker.  A few years ago my brother and sister-in-law were preparing to adopt a cat for my niece.  She was quite adamant that she wanted an orange cat so she could name it Cheese.  Well, that makes pretty good sense, now doesn’t it?

She didn’t get her orange cat (though she did get a pretty little tortoiseshell), but her desire for a cat named Cheese has always stuck with me.

Before meeting “Willis” the husband and I began tossing around possible ideas for names.  Jo said he hadn’t been Willis long enough to become connected to it, so it would be an easy name to change.

I considered Cheese.  But, Cheese?  “Here, Cheese!  Here kitty, kitty!”  Just doesn’t quite roll off the tongue.  So, I began considering kinds of cheese.  And came up with Colby.  Colby Jack.  C Jack or CJ for short.

I went out to Feline Friends today to meet Willis…to confirm that he was meant to be my Colby Jack.  It was good to see Jo again after all these years.  She said she didn’t want to push me, because she knew we had gone through so much with Slater last year.  Willis was limping around the cat house, loose whilst his compadres sat in comfortably decked out cages. He’s been convalescing at Jo’s home and she had brought him in so I could meet him.

He was, initially, uncertain about me.  But, he quickly warmed up and accepted my pets…licking my and snuzzling my fingers and purring.  I spent an hour at the cat house, getting to know this handsome cat a bit better.  It didn’t take much to decide that he would be my new bestest-bestest.  He seems…confident…warm….and I suspect he has a little naughty in him to keep us on our toes.

Jo will keep him for a few more weeks, allowing him to fully recover.  Then, he will come home.  Where he will be spoiled and loved and worshipped.

An orange cat named Colby Jack.  To warm my heart and fill the gap in our home.

4 thoughts on “A Cat Named Cheese”