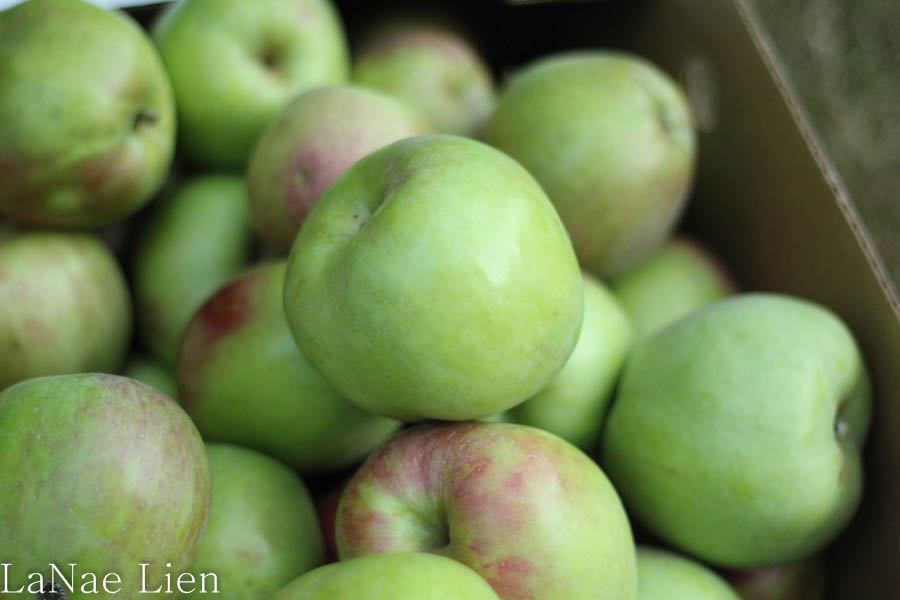 New home need not be a good one.  For the deer.

We were in Oregon for the weekend, remember?

When we returned, some cow of a doe had decimated our pole beans.  She had worked on them a bit last week, but the minute the house was empty she pretty much mowed them down.  And they were looking really good!  Big, lush leaves, lots of blossoms. There are still a few flowers, but the leaves, except those she couldn’t reach, are gone. We should have known better than to leave them exposed.  You can’t leave anything exposed around here because the stupid deer eat EVERYTHING!!  And I know that some of you may be tempted to offer some (well-intended) advice on deer protection, and I appreciate that, but 99% of it doesn’t work.  The only thing that really works is a high fence…or a dead deer (no, I’m not going to kill the deer…I’m not a fan of venison…too gamey).

How do I know that 99% of it doesn’t work?  I present to you….my Dad.  When he and Mom first built their home they planted all sorts of young plants that the deer found particularly tasty.  He tried any number of schemes to deter them:  cd’s hanging from trees, human hair, etc.  The only thing that really seemed to work was blood meal.  It kept the deer away, yes, but attracted the dog like a moth to a flame.  He quit using blood meal after she had rolled in it for the umpteenth time and presented her stinky self for a pat.  We don’t have a dog, but I’d prefer not to attract the neighbor dogs…or the coyotes.  Though the coyotes would keep the deer away.  Hmmm….

Anyways, let’s move on.  To other another garden.  That has been pumping out green beans like they’re goin’ out of style. I’m talking about the family garden.

Last Sunday afternoon Mom and I went out to Grandpa and Grandma’s house to visit. My Aunt, cousin, cousin, wife, cousin’s son (in other words, assorted relatives) were out there as well.  They had spent the weekend camping in Grandpa and Grandma’s field.  This is a family tradition.  The weekend before there were other relatives camping in the field.  I, myself, have spent my fair share of time camping in the field. No noisy neighbors in the space next to you (well, actually, there are noisy neighbors…but it’s family), the river right there, a bathroom just up the way.  Not too shabby.

I love summer at my Grandparents’ house.  I swear I spent half my childhood there.  In the summer we owned the river (it’s the Yaquina river…they live upstream from that big bay you see in Newport).  We floated it, we snorkeled it, we caught crawdads in it, we skipped rocks in it.  You get the idea.  At least once a summer someone would take us up the road to Mr. Faxon’s house (the milk guy that I talked about here) and drop us off with our inner tubes.  We would spend the entire afternoon floating down to Grandpa & Grandma’s house.  This was not an easy feat.  In the summer time the Yaquina flows low-n-slow.  This means long deep holes that you have to paddle through and lots of shallow rapids that you have to physically drag you and your tube over.  We would spend a great amount of time at the few rapids still deep and wide enough to give us a decent ride.  Good days, good times.

In between visiting and photographing I pilfered the garden.  Well, Grandpa pilfered it on my behalf, though I did go back in after him and stole a couple of smaller summer squash and zucchini (Grandpa, they’re good to eat when they’re less than a foot long!)  🙂 A couple of weekends before Dad & Mom picked 24 lbs of green beans out of the garden (we came home with a dozen pints of canned green beans–yum!)  This last weekend my cousins and aunt picked another fruit box full. That’s a lot of beans.  Mom said they’ll likely get two more pickings out of the plants.  Why so many beans? Grandma’s fault.  When they were planting (now, keep in mind, this is the story according to Mom) Mom said that she noted that they had planted three rows of green beans the prior year.  Grandma suggested planting four because the rows were shorter (slightly different location in the garden this year).  So, four it was.  Mom said that was easy for Grandma to suggest as she, being rather elderly, is unable to pick them.  🙂 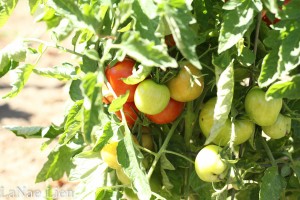 Anyways, we came home with tomatoes, green beans (fresh and canned), cucumbers, zucchini and summer squash.  I miss the garden of my childhood, which I discussed here.  I would have loved to have brought home cabbage and broccoli and cauliflower.  But, really, who am I to complain?  I’m not there to maintain the thing, so I’ll take what’s there and appreciate it.

Another thing that I miss at Grandpa & Grandma’s field are the apple trees.  When I was a kid they had…I think three?…massive apple trees in their field.  And they produced massive amounts of apples.  So many that we often pressed homemade apple cider in the fall.  Now that’s amazing stuff.  Hand pressed cider.  The apple tree at my parents’ house has a ton of apples on it this year.  My Dad & brother intend to rent a press so they can make hard cider.  I do hope they’ll share.

Which brings us to our apple tree…and back to the deer. On Tuesday evening we foiled the deer, to a certain extent.  The apples have started dropping from our tree. After the “bean incident” I refused to feed our apples to the stupid deer, so we picked them.  Every single one.  Except for a couple of scabby shriveled ones.  (Take that, you stinkin’ deer!) The result? A full box of beautiful apples.

We were amazed.  I know, I know, apples grow on trees, what’s the big deal?  Well, the big deal is this:  that tree has produced nothing but scabby, small apples since we’ve lived here.  Big beautiful tree, disappointing crop.  Last winter the husband started watching pruning videos on Youtube.  One January afternoon he went outside and was possessed by Edward Scissorhands.  Limbs flew and the tree, when he was finished, did not so much resemble a tree.  We stood in the driveway and stared at it.  He said, “Maybe I took too much off.”  I responded, “You took a lot off.”  He said, “I hope I didn’t kill the apple tree.”  I responded, “I hope you didn’t kill the apple tree, too.”  Turns out that pruning was the best thing he could have done.  For the first time the tree produced big, scab-free apples.  Edward is going to come visit again this January. This weekend:  apple sauce and apple pie!