As I’ve mentioned previously, we were at a family reunion on the Washington coast last week.  My family reunion? No. I’m from the Oregon coast, remember?  And those from the coast don’t reunion at the coast.  We didn’t even go to the ocean when I was a kid.  Shrug.  That’s what happens when you grow up on the coast.  The reunion was for the husband’s family.  Half traveled from the Portland area, the other half from Idaho.  We thought it a bit ironic that we live the closest and we were the last to arrive last Wednesday.  We were workin’!  Those vacation days are golden, know what I mean?

Anyways, we arrived at Ocean Park on Wednesday evening.  We stopped first at our digs in Long Beach, Boardwalk Cottages. It was a nice place to stay.  Not fancy, but we had a one bedroom with a separate living space and a full kitchen. We talked about coming back during the off season for a weekend.  Off season is the best time to go to the coast.  When it’s raining.  And there are no people around.  And all you have to do is slog around in the rain and drink wine and cook good food. 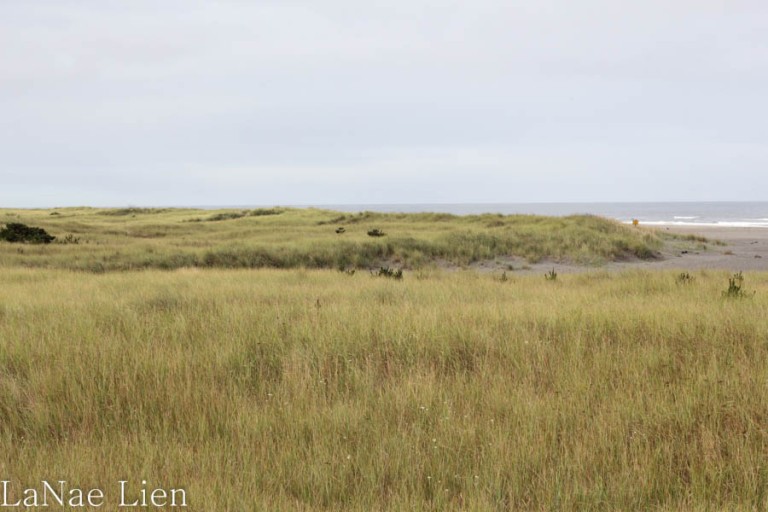 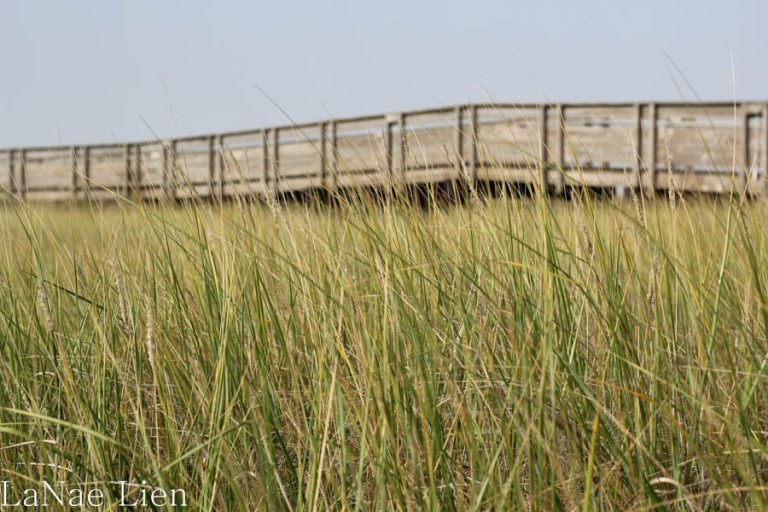 After dropping our stuff we went to the “main house” in Ocean Park.  Here’s what stuck out to me about the reunion:  there were a lot of kids and even more food.  In attendance were 17 adults and 11 kids.  Keep in mind, the husband and I live by ourselves in a 2300 square foot house.  It’s a bit of a shock for us to be surrounded by lots of people and kids.  Though I do think we may be adopting a new kitty cat in late September.  Two adults and a cat still do not compare to 17 adults and 11 kids.

Not to be outdone by the kids was the food.  We could have stayed for a week and still not eaten all of the food.  Dinner Wednesday, breakfast Thursday, lunch Thursday, dinner Thursday.  Snacks.  Red licorice (a particular weakness of mine). Cheetos (another weakness).

Anyways, as I said we got to the house on Wednesday evening, ate dinner, visited, then some of us moseyed to the beach to catch the sunset and let the kids run in circles as kids are apt to do.

Thursday started with a bit of a bump in the road when my sister-in-law called me to announce that their car was dead in town and they needed some help.  The husband and the brother-in-law jump started it and brought it back to the house, where it promptly died again after being turned off.  This resulted in a gang of male relatives gathering around the open hood to offer advice and thoughts.  Note the husband standing back when his dad stepped in.  I don’t know that any of them really knew what they were doing, but they sure were earnest in their efforts.  Yes, his dad is holding his dog.  How serious can one be about vehicle repairs when they’re holding a dog in one arm?  🙂 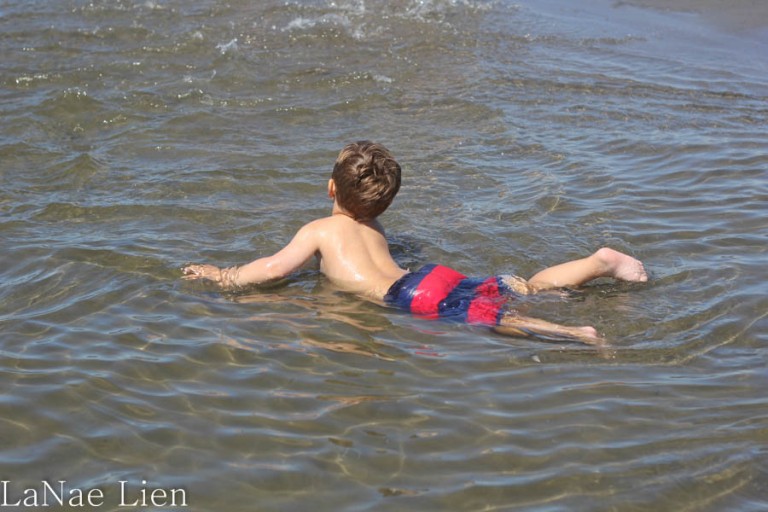 After agreeing that the battery was the likely source of the issue the husband and brother-in-law headed to town for a new one.  While they were gone the rest of us headed to the beach.  It was quite a crowd.  And I think it took about an hour and a half to get everyone gathered and on the way to the beach.  Which was across the road.  A walk.  Lots of adults.  Lots of kids.  But, the sun was shining and I poured myself a cocktail, so life was good.

Meanwhile, the husband and the brother-in-law remained MIA.  I suspected (correctly) that they had stopped at a local dive bar called Doc’s for a little post-battery liquid refreshment.  When they finally appeared (with big grins in their faces) they were in a much better mood than when they had left.  I later discovered a picture of a pitcher of beer and two pint glasses sent to me via text by the husband. 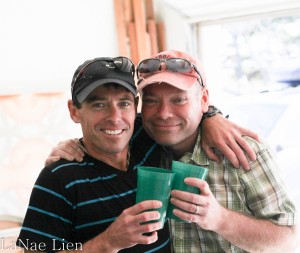 We spent the better part of the afternoon on the beach.  There was wading, hole digging, conversation, laughter.  At one point it appeared that the fog was going to threaten our fun, but it rolled back out before it touched us.  We finally packed it in and headed back to the house where the “kids” (all of us in our 40’s) dipped into frosty margaritas, which we sipped on until the tequila ran dry.  We consumed another big meal, enjoyed another sunset (the husband chased the niece and nephews about and later reported he had pulled something and marveled at how fast those kids are) and called it a night.

The next morning we stopped by for goodbyes before heading over the hill with assorted brothers following us to finish off the weekend at the Homestead, as I shared here.

And a good time was had by all…