First, I have to thank Peggy over at northwestphotos for leading me down the blue poppy path.  If not for her post I would have missed this beautiful spectacle. Thanks, Peggy!

I have driven past the sign for the Rhododendron Species Botanical Garden too many times to count and have never stopped until Saturday.  I had thought of stopping.  Too many times to count.  But we were always headed somewhere, or headed home from somewhere else.  But, blue poppies? Colored by nature and not by man?  I couldn’t resist!

We were a bit late for the rhodies, most have faded.  But the garden is filled with enough lush beauty to appease even the flower hungry.

And I’m always a sucker for hosta.  The bigger, the better.

This plant was an interesting one.  Large, vibrant green leaves with an almost waxy appearance.  It’s a Asian May Apple and is used for medicinal purposes in China, where it hales from.

I’m also a sucker for patterns in nature, be they in sand, stone, or greenery.  I was not disappointed. 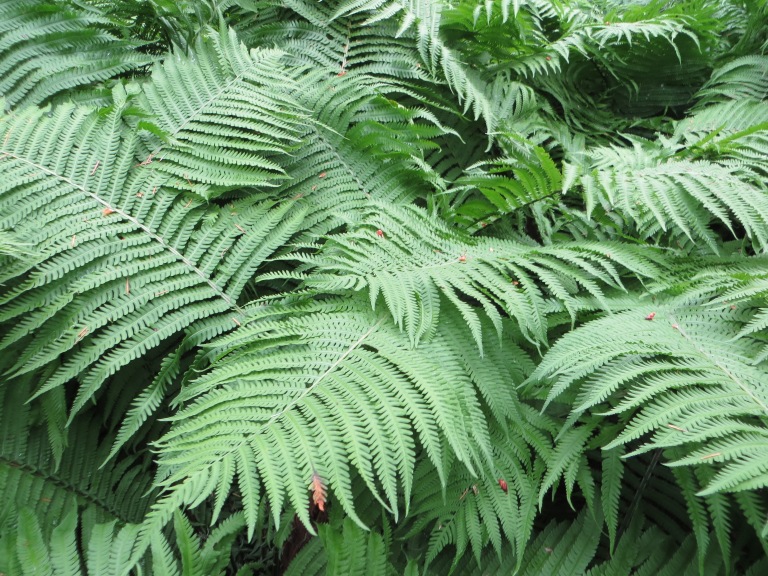 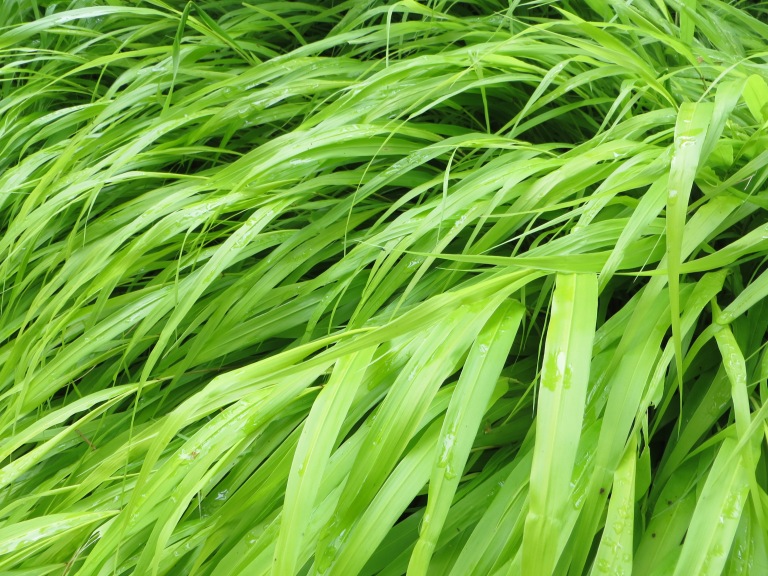 In the midst of it all we came across this beautiful pond.  We also laughed at the sign posted next to the pond that warned people that the surface of the pond was not solid.  Some people’s kids….

Finally, we arrived at the poppies.  They were pretty amazing, and there weren’t a ton of them.  A little goes along way when it comes to blue poppy. 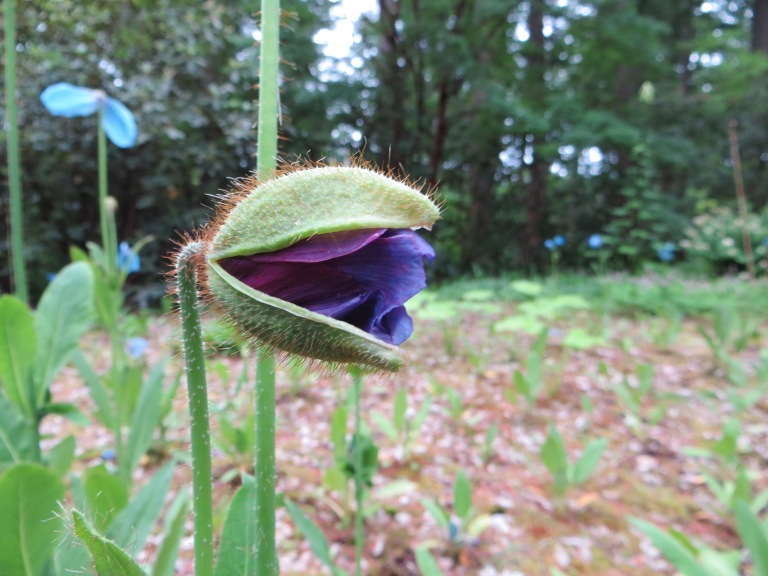 For some reason, the first thought that came to mind was the caterpillar in Alice in Wonderland.  He’s smoking a hookah, right?  Doesn’t it make sense that he would be smoking opium made of blue poppies?  Am I the only one?  They’re just so vibrantly, psychedelic blue. 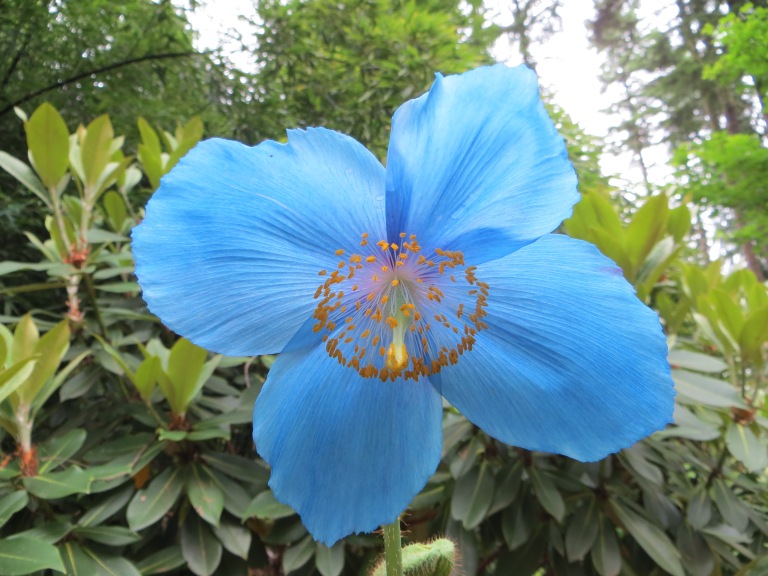 I mean, what else would that caterpillar be smoking?

I lost my train of thought.  Look deeeeep into the poppy.  Positively mesmerizing.

There is also a Bonsai display at the garden.  They are impressive.  Perfectly tamed trees displayed very simply so as to show off the art. 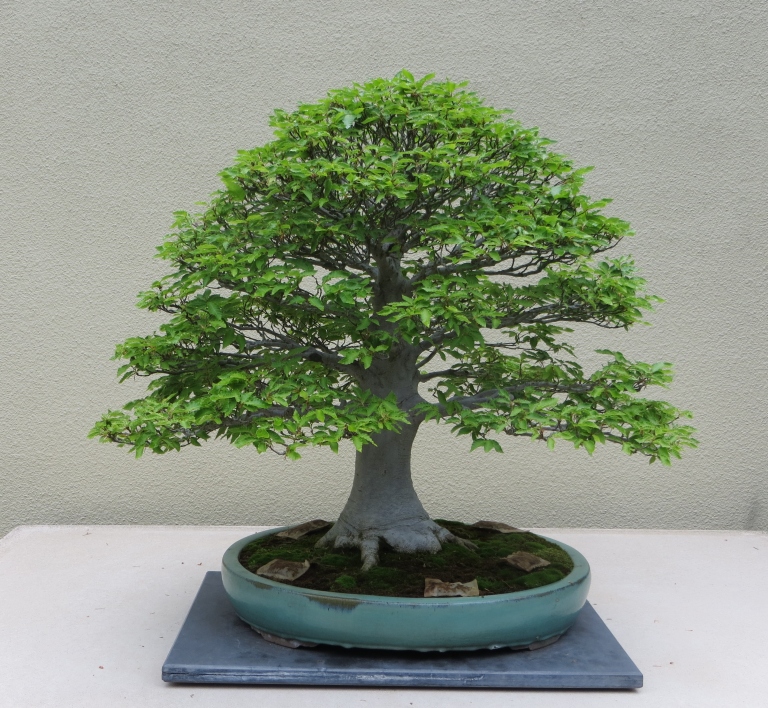 The garden also sells plants, and I heard an employee mention that they have an annual plant sale.  That could be dangerous.  I decided to buy a blue poppy of my very own.  The tag says that they don’t like direct sunlight and prefer moist ground.  The Homestead completely resembles that description!

After purchasing the plant the cashier offered me a half-sheet of blue poppy care instructions.  As we walked out of the garden the third sentence caught my eye…and I laughed.  “Blue Poppies have a reputation of being difficult to grow, but these plants can be grown successfully if you follow a few basic guidelines.”  Strike one for the blue poppy.

I read a little further.  “Soil preparation is the single most important factor.  Blue poppies demand a rich well draining soil…” I guffawed.  We sit on clay.  I’ll not bother to relate the additional instructions, which included mixing one part this, one part that, one part liquid gold.  You get the idea.  I planted the poppy today.  I ignored the bulk of the written instructions and mixed my own poppy concoction. I have little doubt that $9 poppy will die.  And next year I’ll go back to see the blue poppies.  And I’ll buy another single poppy plant (probably for $10).  This could become a cycle.

3 thoughts on “No Need to Adjust the Television: Blue Poppies”