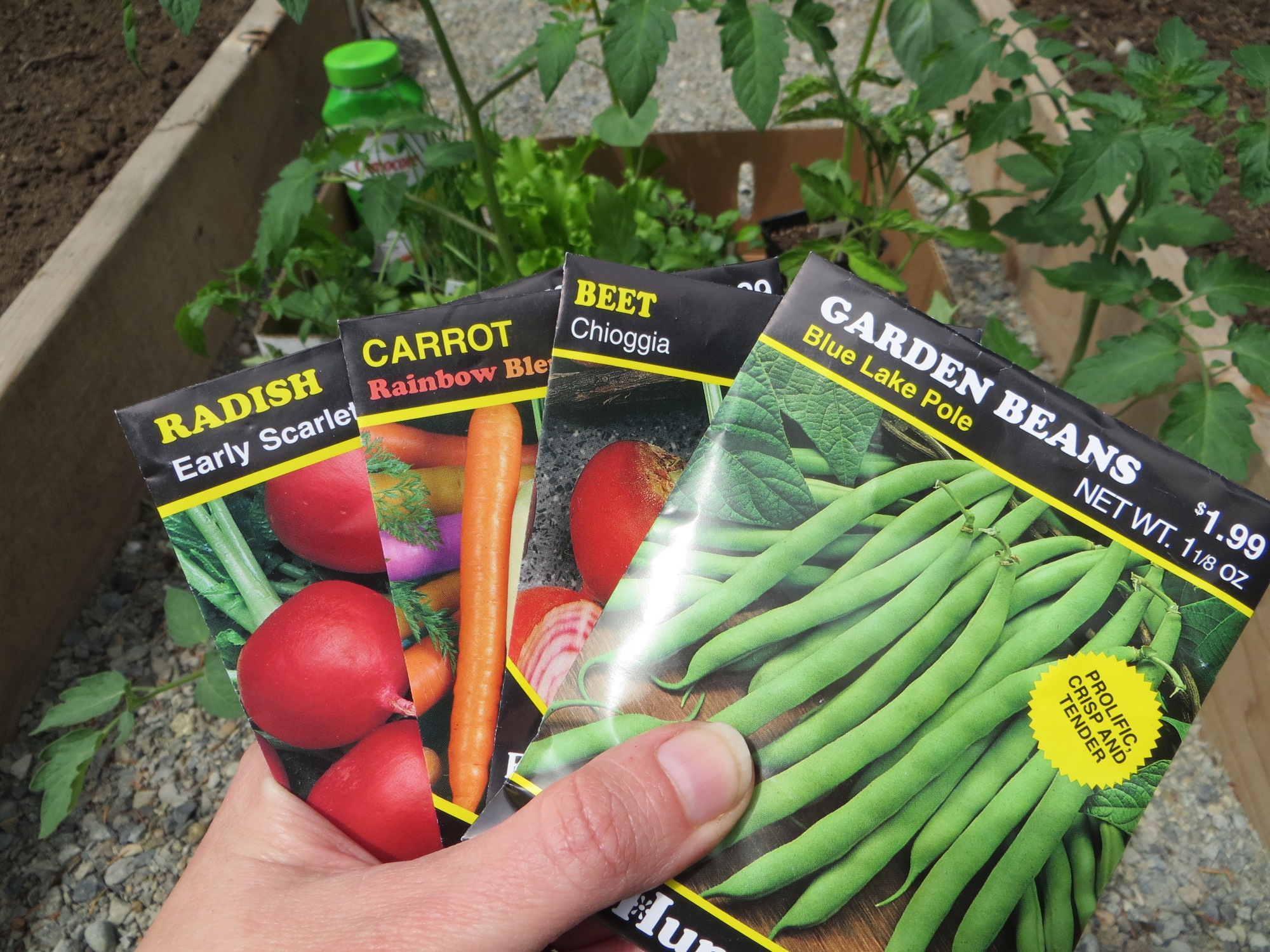 I’m sitting on my back patio.  It’s a sunny Sunday afternoon.  Would you like to admire my view?  It’s a beaut. 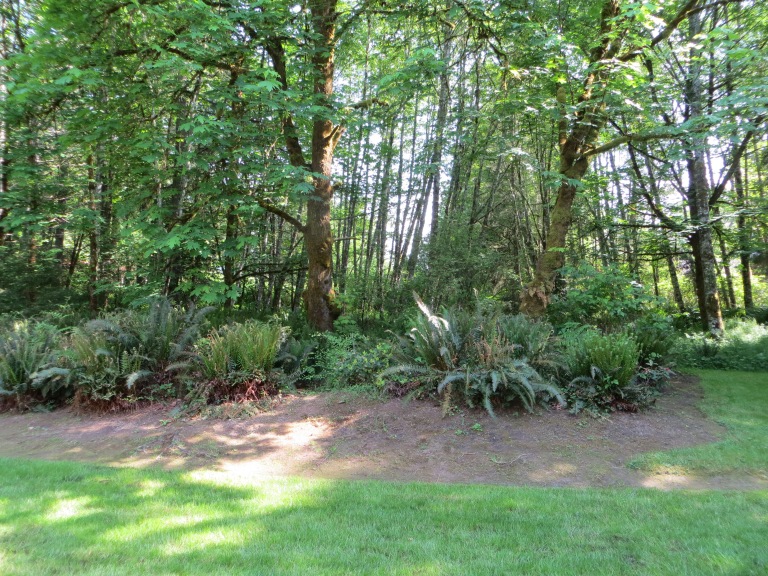 The husband and I planted a little garden today.

As I noted yesterday we have less-than-ideal soil and not great light. However, our best sun is on the island that sits in the middle of our circular driveway.  The previous owners put two 8×8 fenced garden plots out there.  I don’t know how they did, but our attempts at growing anything during our first couple of years here had less than satisfactory results.  So, we kind of gave up.  In one of the beds we planted three blueberry bushes, which are doing well.  In the other bed we planted strawberries.  They struggled. 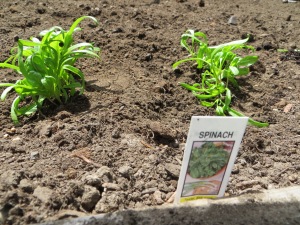 The beds themselves were also struggling.  The wood frames had rotted out, the fence was bent from where limbs had hit it during winter storms and the poles holding the fence up were rotting as well.  A few weeks ago the husband tore all of that out, rebuilt the frames and took down the fence. 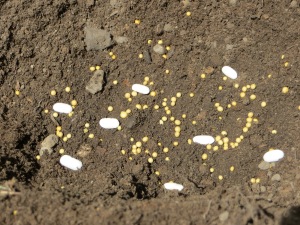 He’s built small protective fences around each blueberry bush.  For the other bed, the one we planted the veggies in, he built a frame using PVC pipe and covered them with pieces of the old fencing that previously went around the beds.  Why so much fencing?  Deers.  Not deer.  Because there are definitely more than one.  Deers.  And, I swear, they hang back in the trees, unseen, watching what we plant so they can come taste later.  “Oh, hey, the lady planted some pretty flowers!”  When my wave petunias start waving in my terra cotta planters on the patio I have to cover them with netting.  Deers like wave petunias. 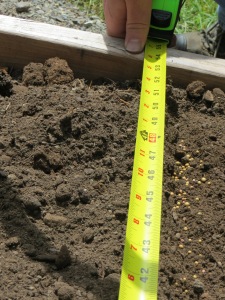 Last year we planted tomatoes in topsy turvy planters.  In all my years I’ve never known deers to eat tomatoes.  Tomatoes are stinky.  Deers don’t like stinky things.  Last year the deers ate the tomato plants.  They were at the right level, the deers didn’t even have to bend their necks.  I love the deers.  I hate the deers. 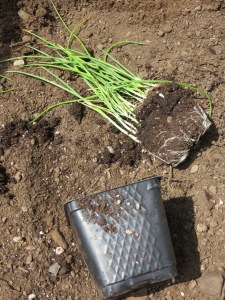 Anyways, back to the garden.  We have the 8×8 plot.  We also have a couple of cedar boxes and a 4×4 box that the husband built last year to grow potatoes in. He’s pursued the great potato project for the last two or three years.  First year he planted them in a large garbage can.  The yield was disappointing. Last year he built a 4×4 frame and used seed potatoes instead of plants. Better yield, but not great.  I don’t know if he’s going to try this year.  I kinda wish he would as there is nothing better than fresh potatoes. 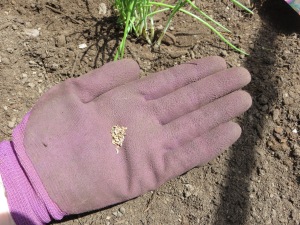 We’re hopeful that the garden will yield better results this year.  We’ve added mushroom compost, steer manure and chicken manure to the bed.  We’ve got protection from deers and bunnies (yes, we have those, too).  And, it looks like we’re going to have a beautiful summer. 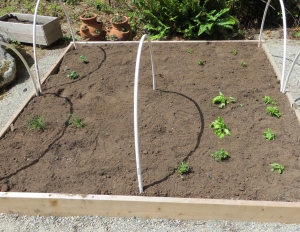 Today we planted lettuce, spinach, snap peas, tomatoes, green beans, tomatillos, carrots, beets, green onion and radish.  We’re going to add some peppers within a week or two.  I am most excited about the beets and the tomatillos.  I love beets. Roasted in the oven with salt, pepper, a little olive oil and white balsamic vinegar. Heaven.  I’ve never tried growing tomatillos, but I saw them and immediately envisioned chile verde.  I drooled, so tomatillos were added to the mix.  Some of the tomatoes went into the topsy turvy and a couple of heirloom plants went in Homer buckets on the back patio.  Homer buckets (the large orange buckets from Home Depot) are perfect for growing tomatoes.  And, they’re great if you don’t have a lot of space. When I was single and lived in a fourth floor apartment that got afternoon sun I had two tomato plants in Homer buckets that produced so much fruit that it became ridiculous.  Just punch some holes in the bottom for drainage and shove a tomato cage in to support the plant. 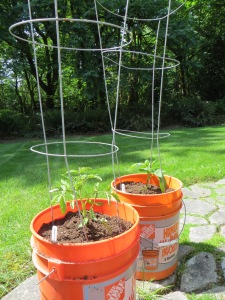 I come from a family that gardens.  The family still puts in a garden every year out at my Grandparents’ house.  Though it’s not as big as when I was a kid.  When I was a kid we would fill every inch of that space.  I’d guestimate that it covers about 1/4 of an acre.  It sits right above the Yaquina River and gets excellent sun.  The soil is rich.  I remember loving the feel of that dirt in my toes right after Grandpa had rototilled.  Your feet would sink into it.  It was soft and warm.  We planted everything in that garden…tomatoes, corn,  peas, cauliflower, radish, onion, broccoli, beans, squash, zucchini, cucumber, carrots, beets, snap peas, lettuce, cabbage.  It was a thing of beauty.  Our summers were filled with fresh vegetables and we were always pawning zucchini off on anyone who would take them.  Mom and Grandma would can a lot of the vegetables that came out of the garden. I’ve carried on that legacy.  Right now I have peaches, pears, cherries, relish, 2 different kinds of sweet pickles, dilly beans and dill pickles in my cupboard.  All canned by my two little hands.  We also have green beans, pickled beets and tuna shared with us by Mom. However, the husband still says that my Mom’s dill pickles are better than mine.  Really?!  I make them the same way, but I obviously still need to tweak my garlic/dill ratios. 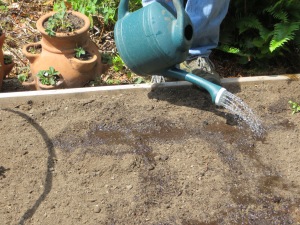 There was one thing I hated about the garden when I was a kid:  planting the garden.  And weeding the garden.  Right?  I wanted to eat the contents of the garden, I just didn’t want to have to help plant and maintain the sucker.  The planting wasn’t bad.  Grandpa or Dad would hoe the rows, using stakes and fishing line to ensure they were straight.  We would follow behind dropping in seeds, hopefully close to the spacing that they dictated.  Mom and Grandma would follow behind correcting our spacing as necessary.  They also planted the live plants.  For some reason the kids were only allowed to plant seeds, not the actual plants.  Sounds like happy family time, right?  It was…sort of.  Except for the whining (mine.  My brother has always been a bit stoic and was a much more obedient child than I was.  I don’t remember him whining during planting).  “When are we done?”  “I’m tired.”  “When are we done?”  The response?  “We’re done when everything is planted.” 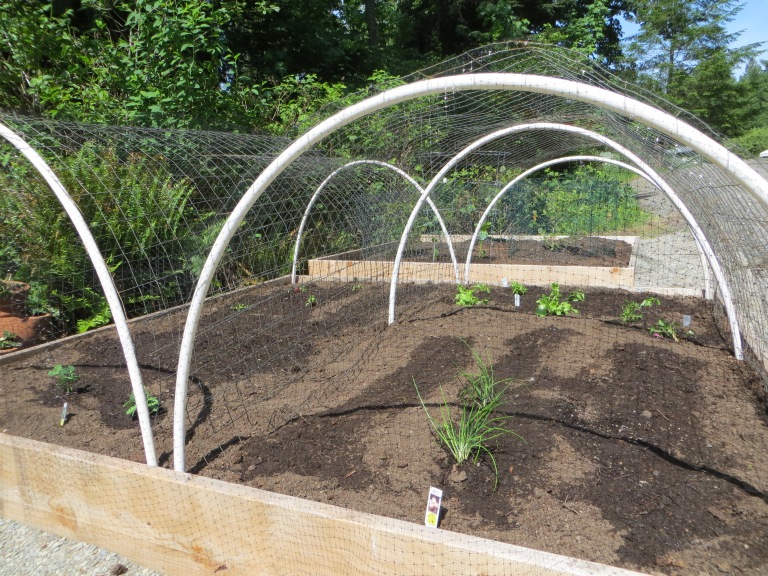 What was worse than planting?  Weeding.  Gardens require a lot of maintenance. And some coddling.  There was nothing worse for a kid on summer vacation to be told, “Come on, we’re going to Grandpa and Grandma’s to weed the garden!” Ugh! To this day I cringe at the sound of those words.  And, yet, we’ve put in a garden of our own.  Though, really, 8×8 and 4×4 compared to a half an acre?  No comparison.  Weeding, particularly when the seedlings were seedlings was a pain. What’s a weed?  What’s a plant?  “It’s hot.”  “I’m tired.”  “Are we done, yet?”  I’d say I had to go to the bathroom so I could escape to the coolness of Grandpa and Grandma’s basement.  I would linger.  I would stop to play with the dogs.  I would lollygag as long as I thought I could get away with, knowing that, eventually, someone would yell for me to get my butt back to the garden.

Was it worth it?  When we were eating fresh corn straight from the garden?  Yes. When, at winter, we were eating canned green beans, and pickles from our own garden?  Yes.  Part of the reason I can now is because I was spoiled when I was a kid.  Canning is not a money saver like it used to be.  In fact, it can be expensive. But, my palate, to this day, will not accept store-bought pickles or peaches or pears.  And, it’s part of my legacy.  I feel close to my parents and grandparents and great-grandparents when I’m in the kitchen canning.  I feel proud when I call my Mom and can brag a little bit about what I canned or am planning to can.  It’s me, saying to her, “How cool is this?  Look what you taught me.  I love you for that.”

I can’t wait for our garden to grow.