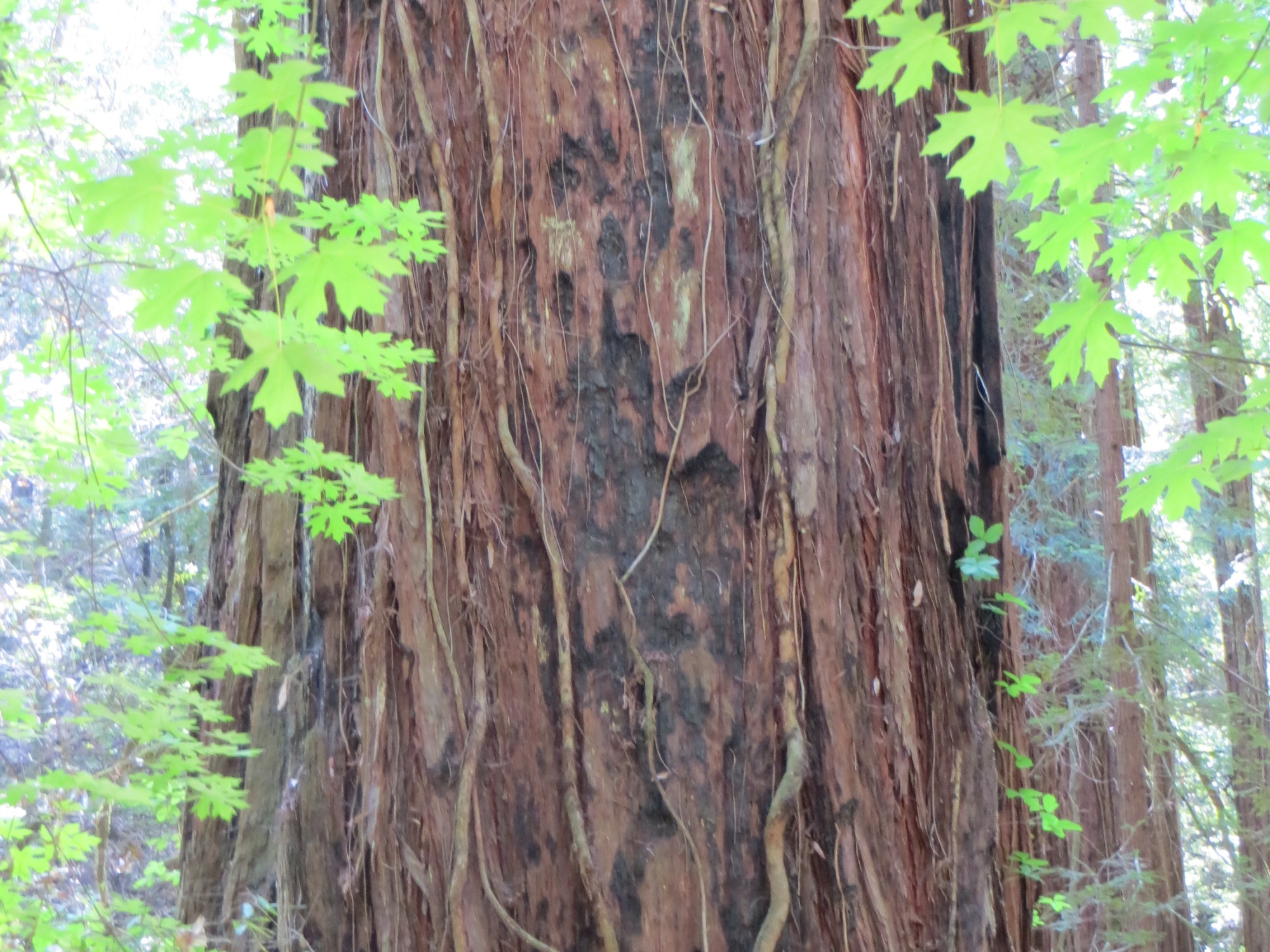 On the first morning the ladies and I were in Guerneville, CA a group of us went for a walk at Armstrong Redwoods State Natural Preserve.  Well, I’m calling it a walk.  Some of my fellow walkers wanted to call it a hike.  It was a little over two miles with some gain in elevation.  Reasonable gain.  More of a ramble than a hike. I may get stoned if any of them read this.  And I’m not talking about pot. 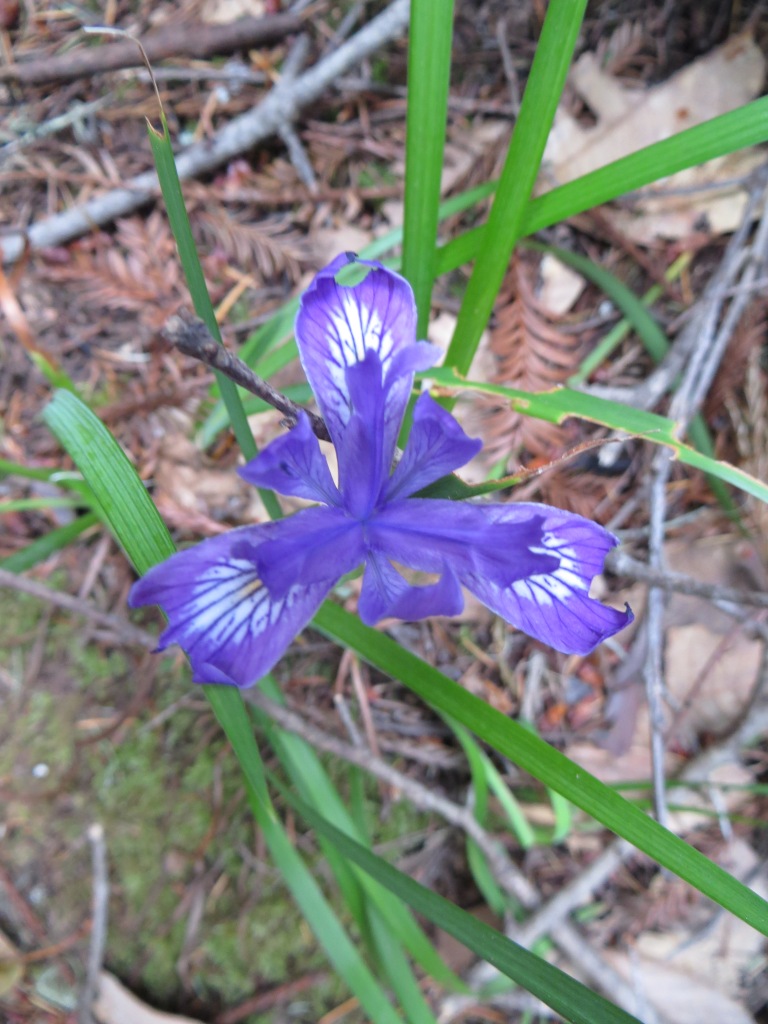 I love being outside.  I love the trees and the green and the flowers and the wildlife.  I love it even when it involves a handful of noisy women saying things like, “This is a moderate trail like we’re moderate drinkers.” 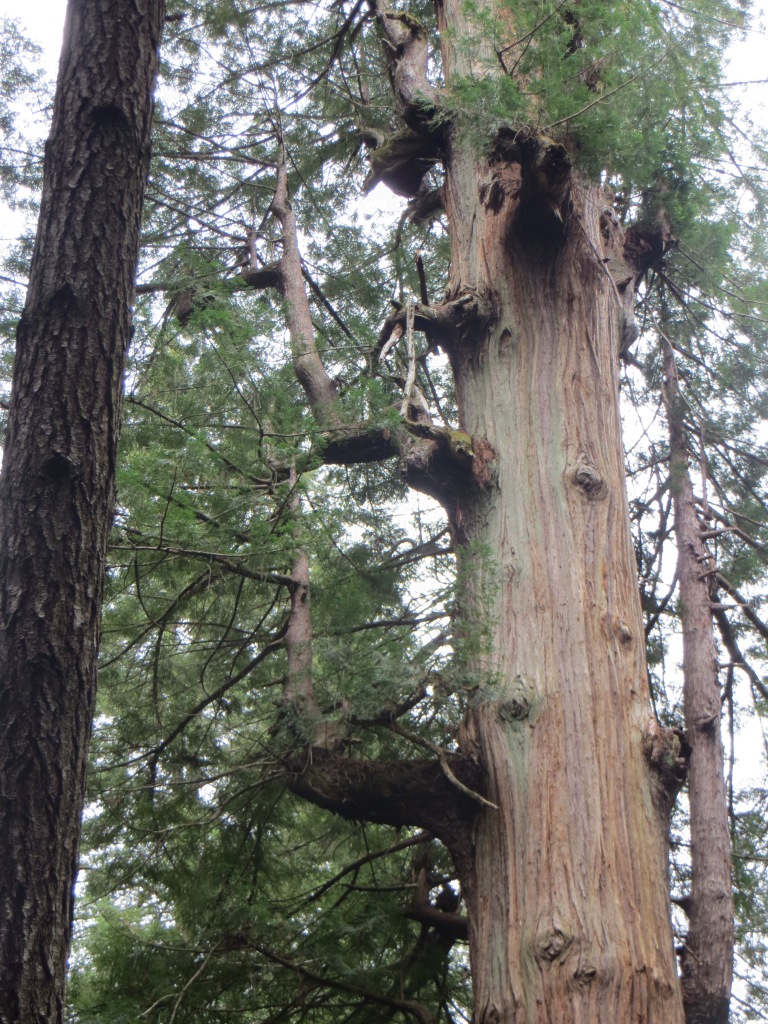 The trail wound up through…not redwoods.  I don’t think.  Or maybe just not big redwoods.  We shared the trail with a bunch of trail runners.  There was some sort of event going on.  I’m not quite sure what to think of trail runners. Gutsy.  Yes. Crazy.  Yes.  If I ran on a trail it wouldn’t be pretty.  Ass over teakettle, bloody face, broken bones…that’s what I imagine my trail run experience would be like.  I’ll stick with hiking.  Or, in this instance, a nice morning walk. 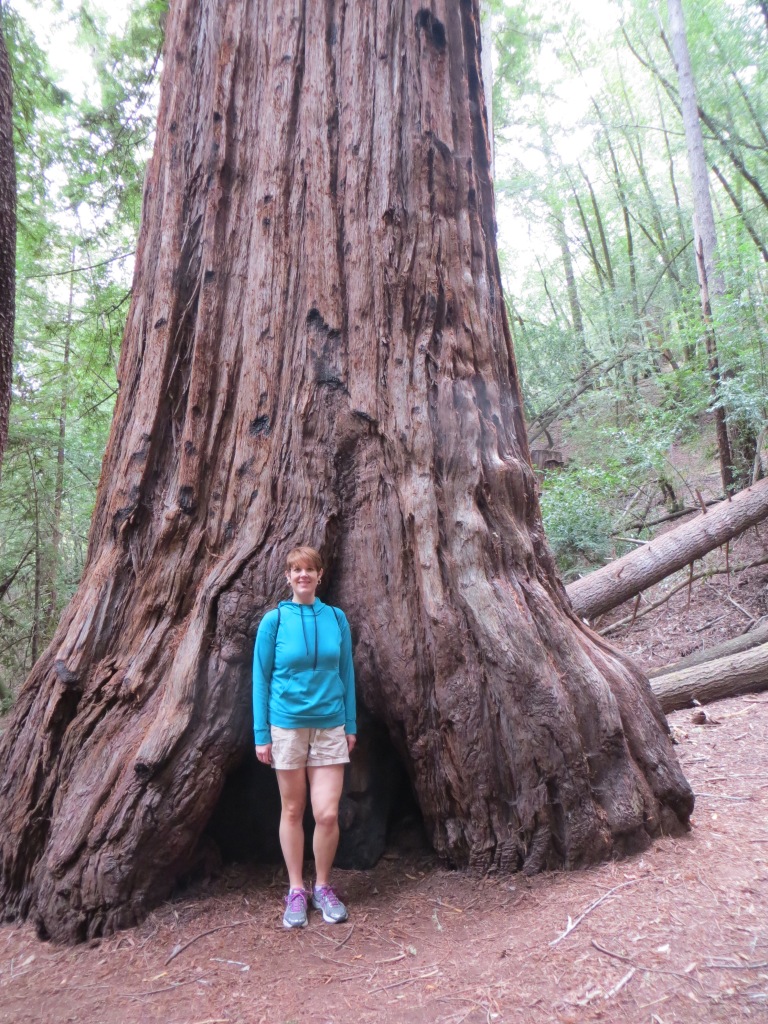 As we dropped back down to the park-proper we began to see majestic redwoods, as you can see above.  That’s one big tree right there. 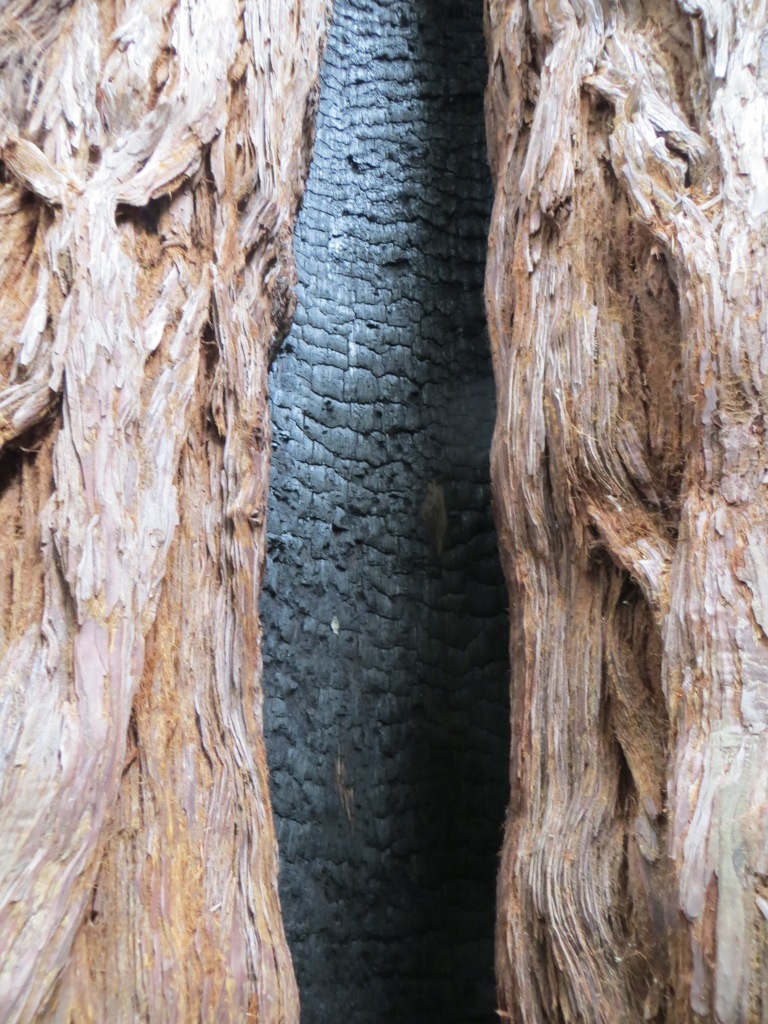 Did you know that, in many cases, if a redwood is struck by lightening and catches fire it burns from the inside?  You can see that in the above picture. Is that an accurate fact?  I have no idea.  I heard it somewhere.  Maybe from one of the ladies I was with.  But, this is the same group from which the following statements came:  “The more wine I taste the smarter I sound,” “I’m only not drunk because I’m probably an alcoholic,” and “It’s always the chicks I notice…but not in a weird way.”  So, take the factoids about the redwoods with a grain of salt. 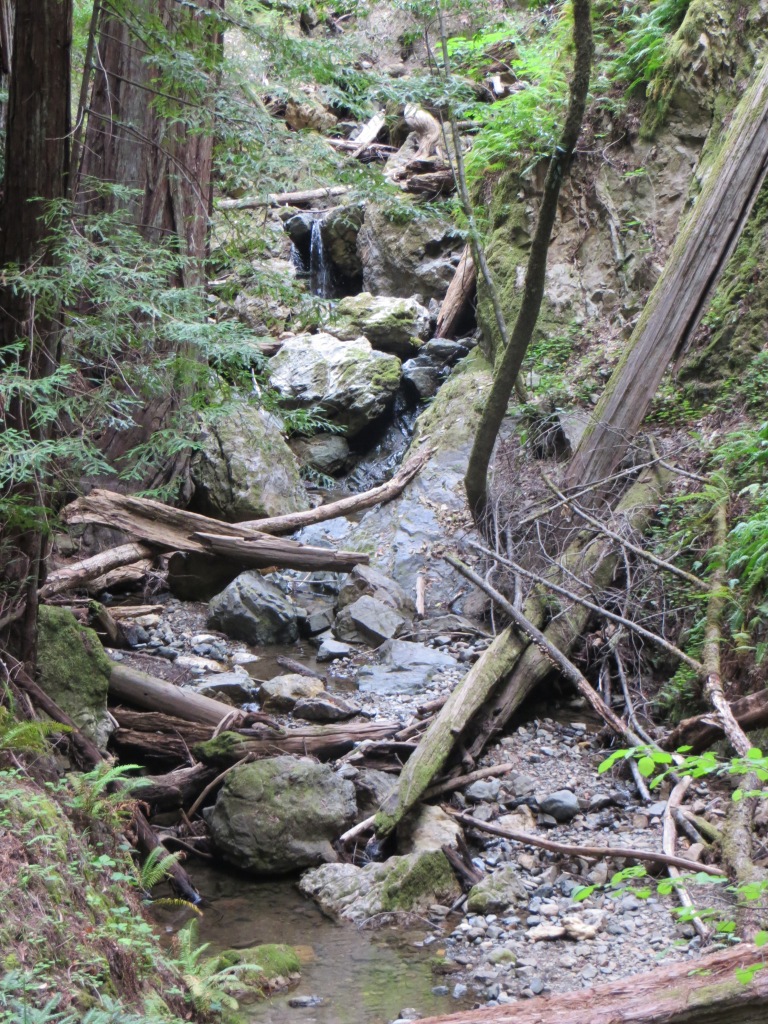 But, honestly, it was a great weekend.  I was initially apprehensive.  I was friends with two of the women on the trip, I knew who three others were and did not know the remainder.  I’m not a super-social girl.  I like hanging at The Homestead with the husband.  We’re a happily hermit-esque couple.  So, the weekend was a stretch.  A stretch that I’m happy that I made. 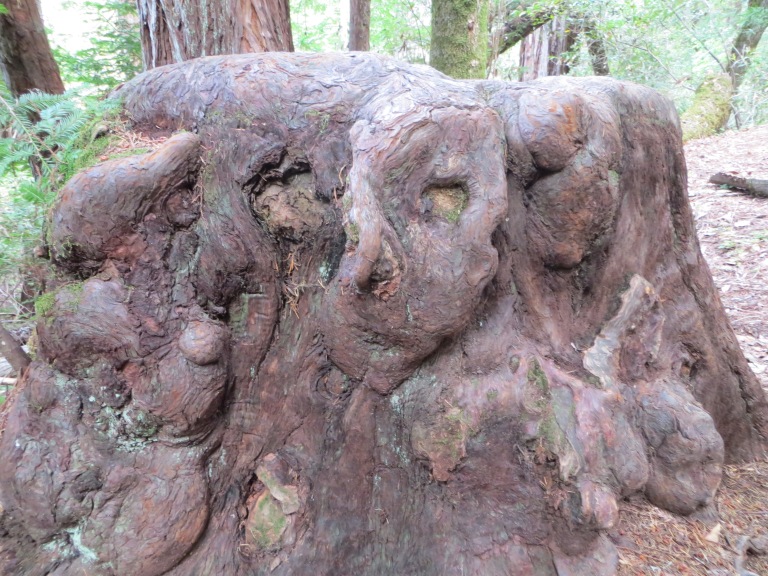 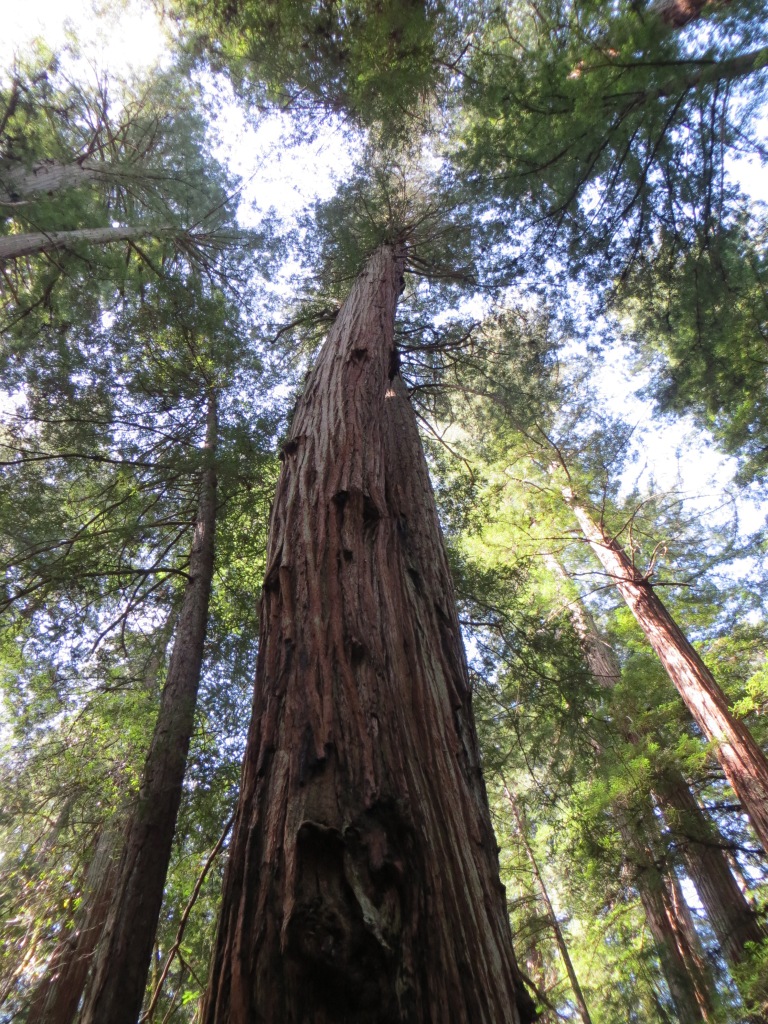 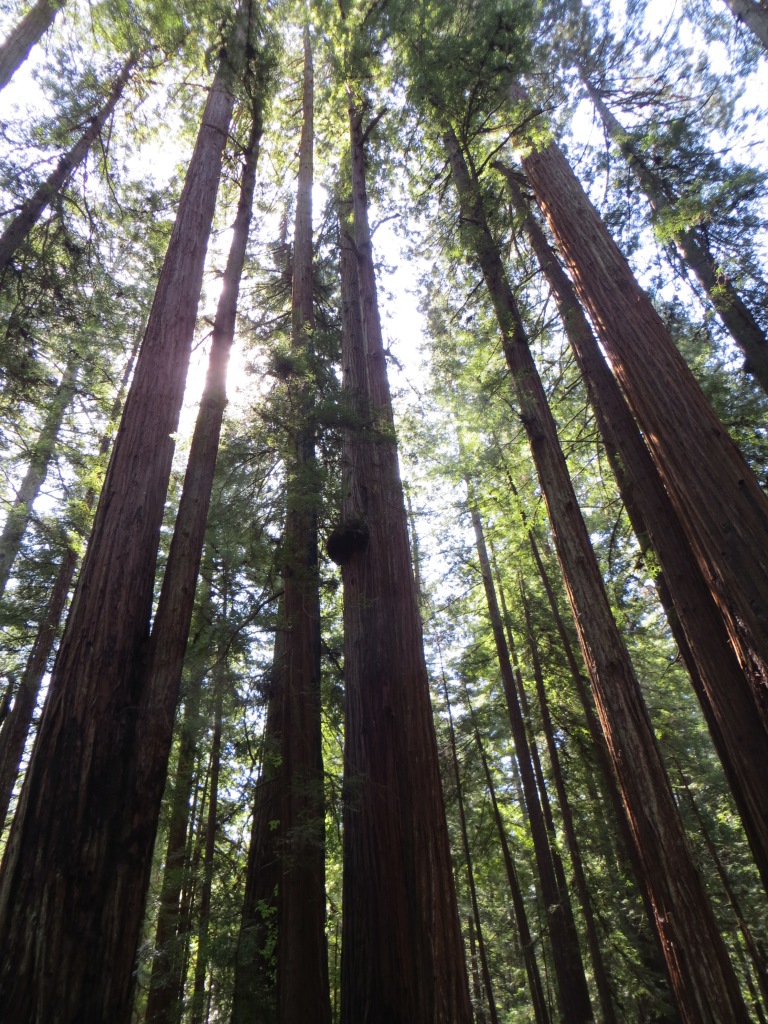 By this shot our redwood walk was drawing to a close.  We were talking about important things…like what should be included in a good picnic (Cheetos, according to me).  There was talk about kids, there was talk about us without kids. And, I realized, at that point, that it’s good to get away with the ladies once-in-a-while.  The husband is my best friend in the world.  But, chicks…we just get each other.  Looking forward to the next trip, ladies! 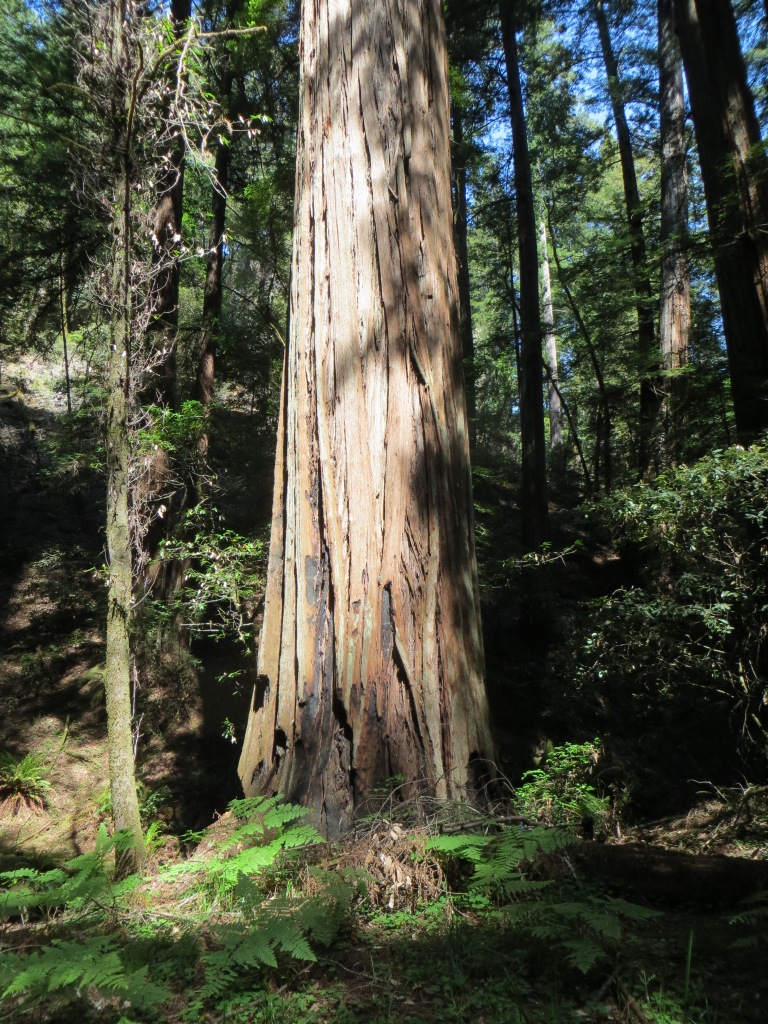